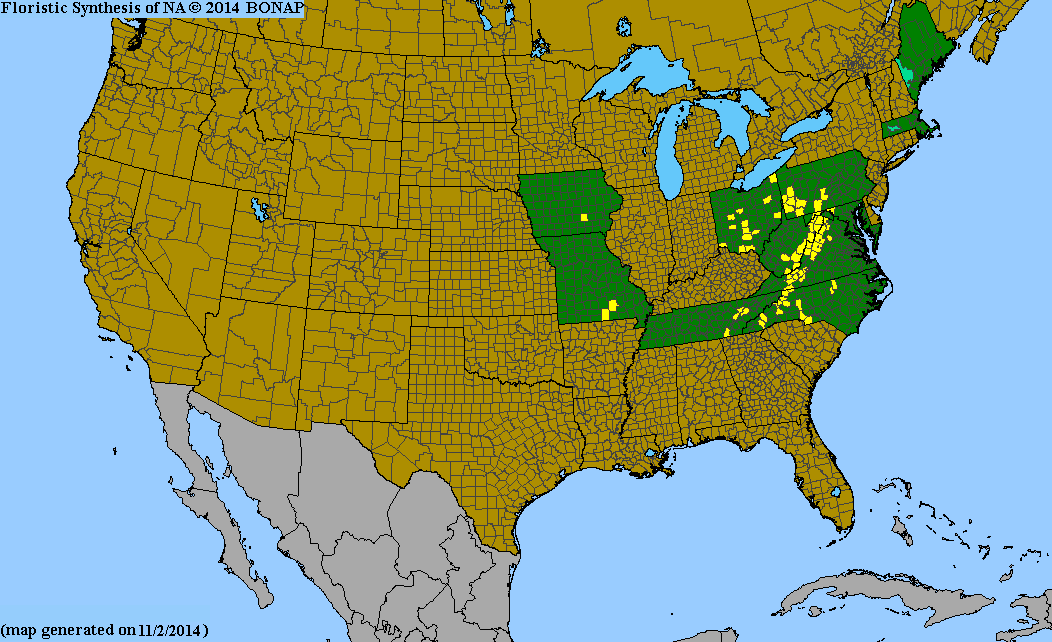 Delphinium exaltatum, or Tall Larkspur, is native to only a small segment of the Appalachian Mountain area, where it is rare. It is a perennial, that grows in dry fields, on slopes and along roadsides. It blooms in mid to late summer, with tall stalks of medium-sized purple flowers.

This species is one of many native Delphiniums in the US, but it is one of only five in the Eastern US. It cannot easily be mistaken for the other species, as two of them are isolated to only very small locations - Delphinium newtonianum, which grows only in Arkansas; and, Delphinium alabamicum, which grows only in Alabama and Georgia. The only other species are Delphinium carolinianum, which has bluer flowers and blooms much earlier and Delphinium tricorne, which is a short species that has dark purple flowers and blooms in the early spring and is ephemeral and disappears shortly after. So, none of these eastern species is likely to be confused with Delphinium exaltatum.