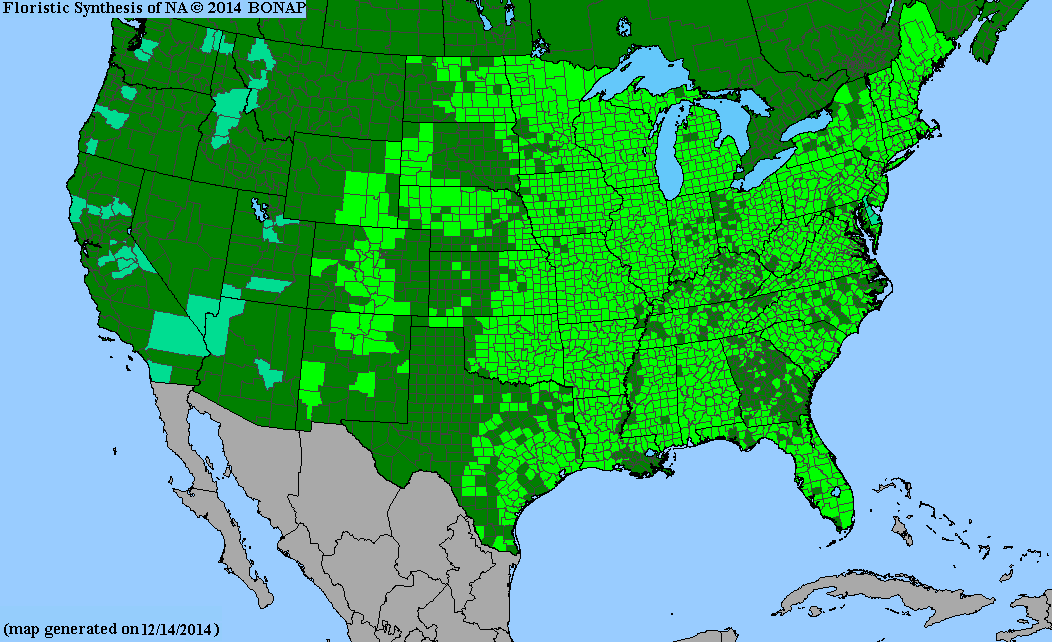 Rudbeckia hirta, or Black-Eyed Susan, is native to almost the entire continental United States, though it is not reported from Nevada or Arizona. It grows in dry, often sandy prairies, fields, and meadows, as well as along woodland edges, in open woods, and along roadsides and railroads. It is often an annual, but frequently comes up the fall before and overwinters as a rosette of leaves before blooming in early summer. The root often succumbs to dry rot; when it does not, the plant can live and bloom longer than one season.

This species is quite easy to tell apart from others in its genus, because of its relatively short stature (about 1 - 1.5 feet, compared to others which grow taller), and its very fuzzy leaves and stems. The closest species is Rudbeckia missouriensis which has hairy leaves as well, but its leaves are much narrower, it is a perennial, and its flowers have a more Coneflower look - that is, they look more like an Echinacea species; it also has a limited range in the Ozark area. Another similar species is Rudbeckia fulgida, but it is a long-lived perennial that spreads by rhizomes, and its leaves are mostly hairless, and are shaped like spades or rhomboid, where Rudbeckia hirta has more lance-shaped leaves that are very hairy. See photo below for comparisons.