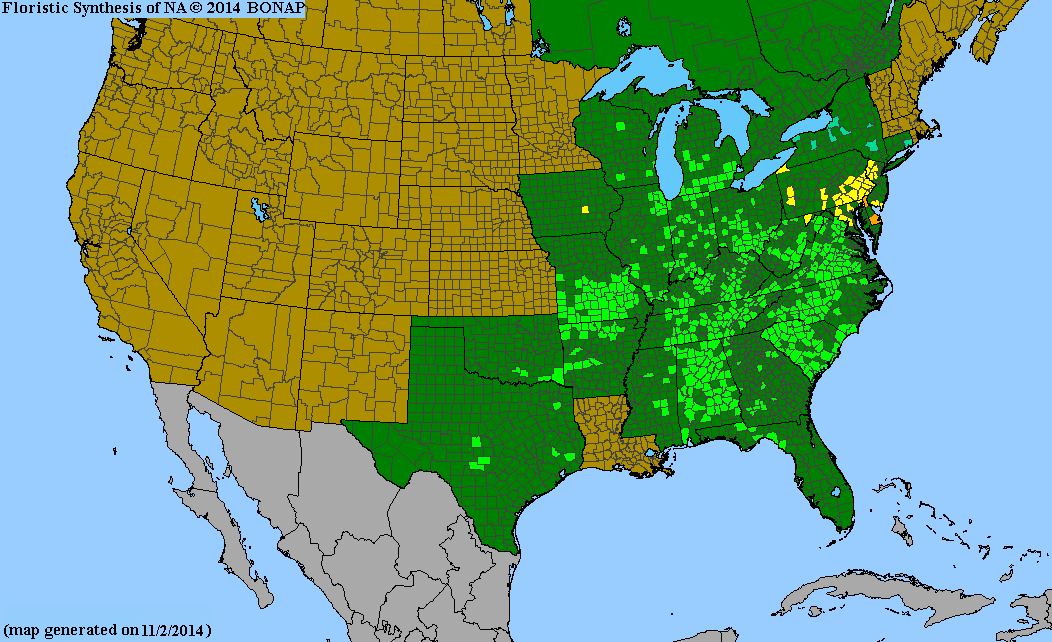 Rudbeckia fulgida, or Orange Coneflower, is native to the eastern and south-central United States. Although the plant is widely cultivated and is quite happy in ordinary garden soil, in the wild, it typically prefers moist locations like streambanks, woodland edges and gravel bars. The plant is a perennial that spreads by underground stolons.

This species is quite easy to tell apart from others in its genus, because of its hairless, spade or rhomboid-shaped leaves, and the fact that it is relatively short and a perennial. The closest species to it is Rudbeckia hirta, which has more lance-shaped leaves that are very hairy and is a short-lived plant, often an annual.