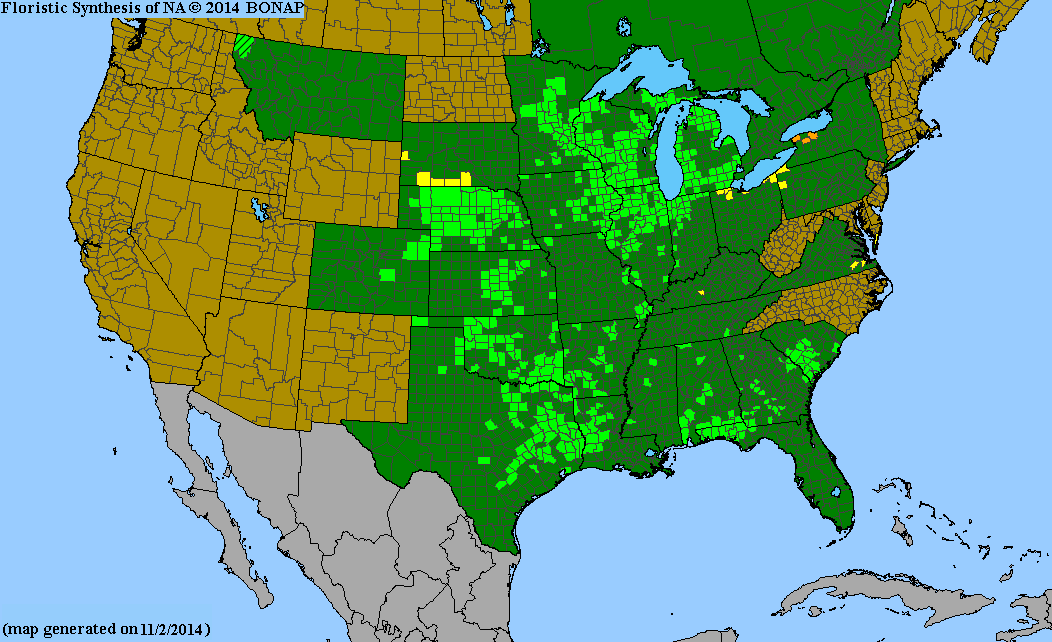 Lithospermum caroliniense, or Carolina Puccoon, is native to most of the central United States, and is also in parts of the eastern US. It grows primarily in dry fields and meadows, but can also be found in open woods and woodland edges, and along railroads and roads. It blooms in mid summer, with orange-yellow flowers, trending more yellow than orange.