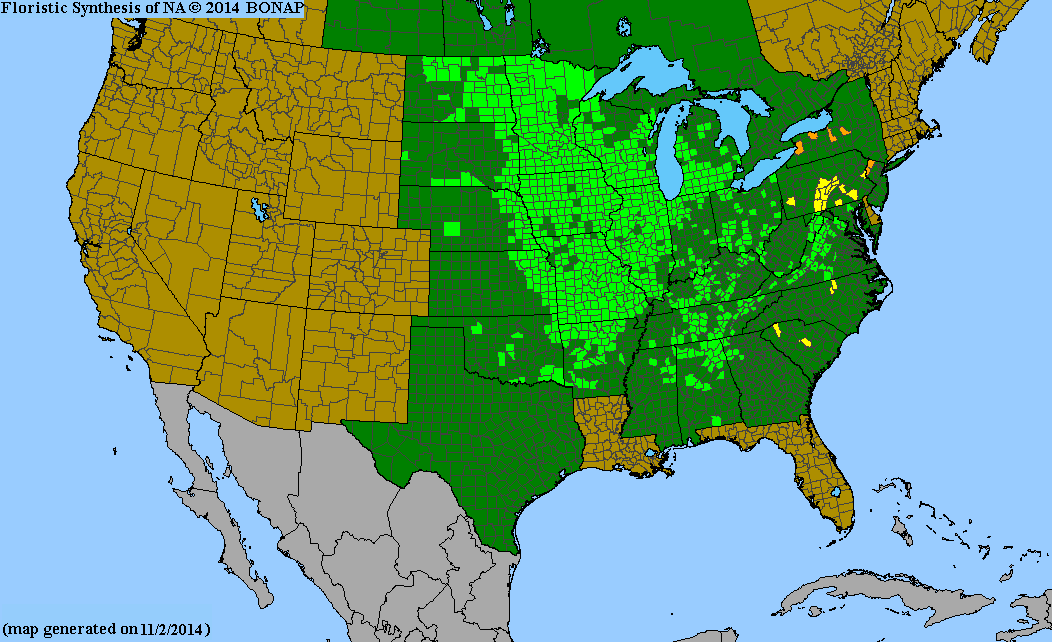 Lithospermum canescens, or Hoary Puccoon, is native to most of the eastern United States, except the deep South, and it is especially prevalent in the east-central US and Great Lakes area. It grows in open woods and woodland edges, as well as dry open prairies and meadows. It blooms in late spring to early summer, with bright yellow-orange flowers.