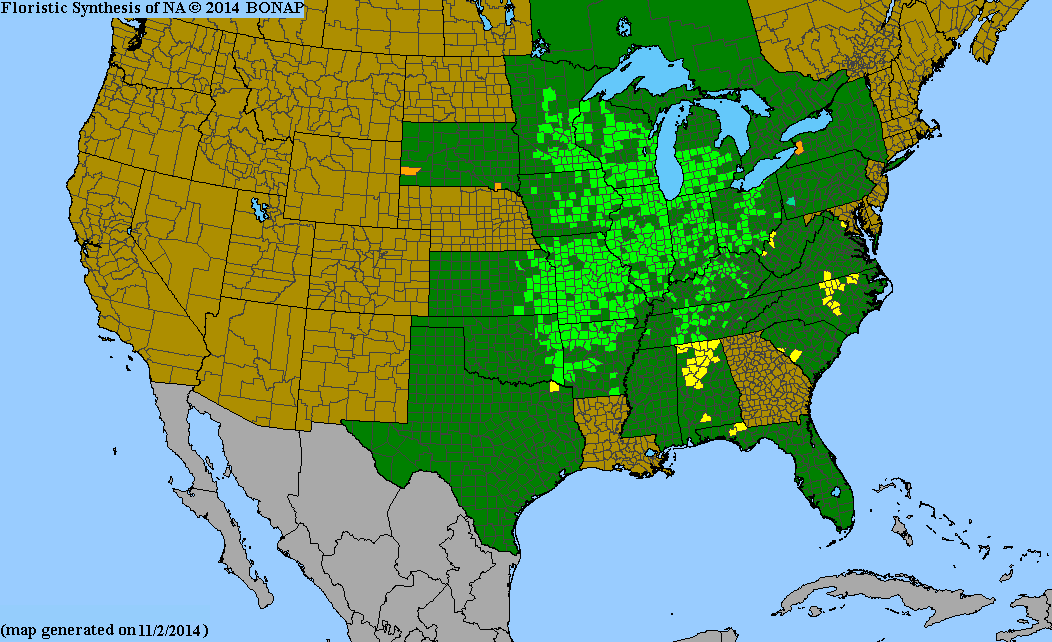 Isopyrum biternatum, or False Rue Anemone, is native to most of the eastern United States. It grows in moist open woods, as well as woodland edges. It blooms in mid to late summer, with small yellow flowers on long stalks.

There are only three other species in this genus, but they are all on the West coast, so, Isopyrum biternatum can easily be distinguished from those in the wild. Meanwhile, another species - Anemonella thalictroides has a very similar medium-size white flower with sparse yellow anthers, but it frequently has more than five petals and it leaves behind a loosely grouped bunch of oval-shaped, ribbed seeds. In contrast, Isopyrum biternatum always has five petals, and its leaves are deeply lobed, and its seed pods are four nutlets left behind where the flower was that each contain several seeds and its stems are usually reddish.