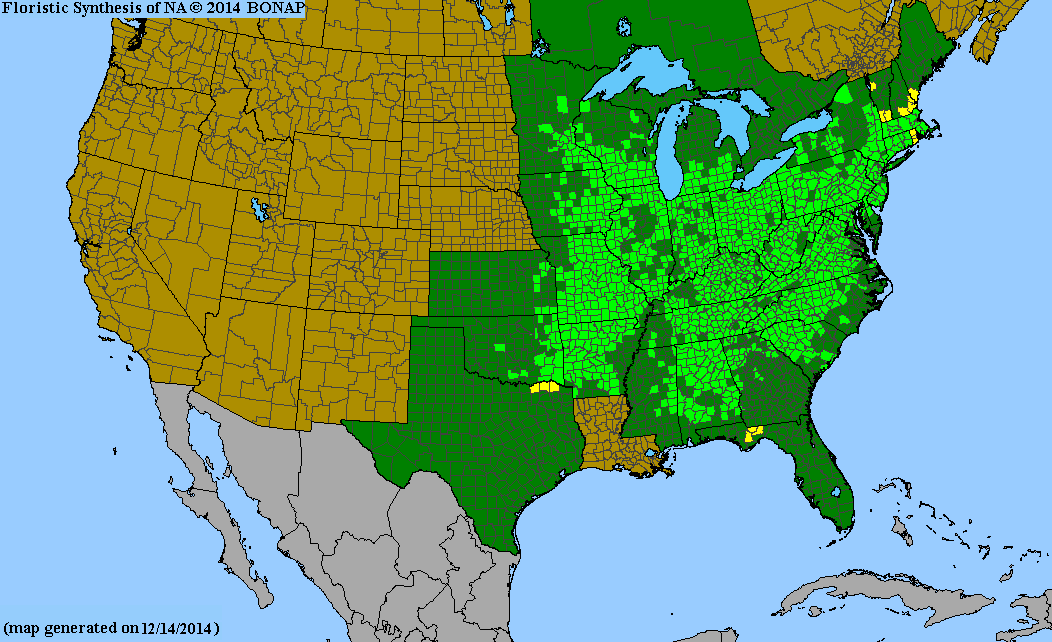 Anemonella thalictroides, or Rue Anemone, is native to most of the eastern United States. It grows in open woods, and along woodland edges. It blooms in early spring, with white flowers.

Although this plant is considered to be in the Thalictrum genus by some, its flowers do not resemble most of the other species, as they all have non-showy brown or yellow flowers. Anemonella thalictroides, however, has white flowers. It can readily be distinguished from other members of the genus by its short stature - it only grows to about eight or ten inches tall, compared to most species in the genus being 2 - 4 feet. However, there are other species that do have similar flowers. Anemone canadensis, Anemone quinquefolia and Isopyrum biternatum all have superficially similar flowers, but they can be easily distinguished with careful observation. Anemone canadensis has large white flowers with closely grouped yellow stamens that fade to leave behind a circle of green, beaked seeds. Anemone quinquefolia has medium white flowers with numerous white anthers, and leaves that are usually split into what look like five leaflets and are toothed on the tip. Isopyrum biternatum has the most similar flower, but it always has five petals, and its leaves are deeply lobed, and its seed pods are four nutlets left behind where the flower was that each contain several seeds and its stems are usually reddish. Finally, Anemonella thalictroides has a medium white flower with sparse yellow anthers which frequently has more than five petals; it leaves behind a loosely grouped bunch of oval-shaped, ribbed seeds.