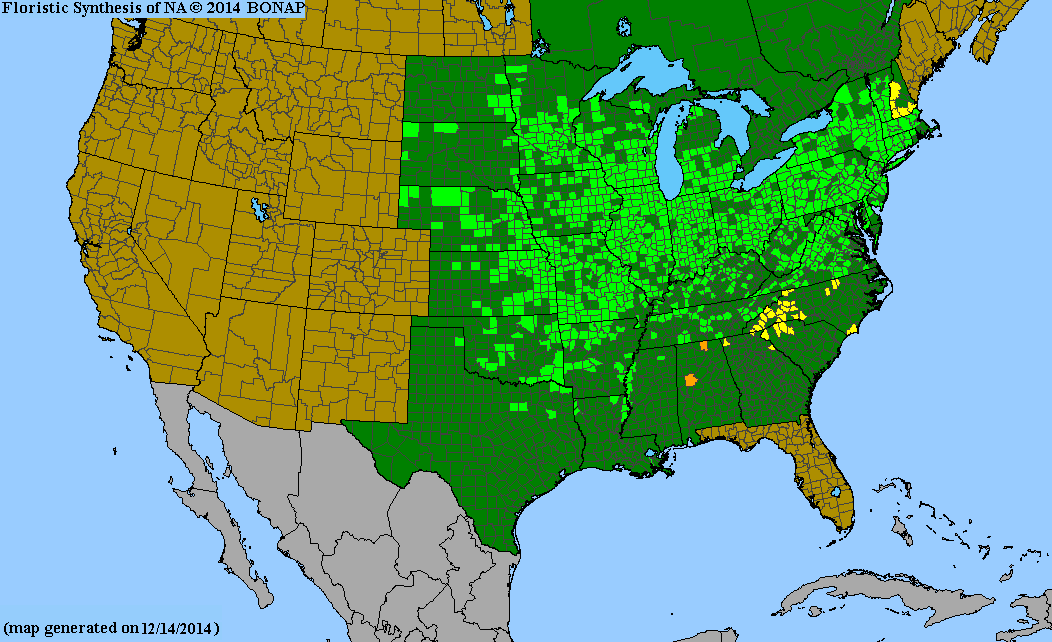 Hackelia virginiana, or Stickseed, is native to the central and eastern United States. It grows in open woods, thickets and waste ground. It is a biennial, or annual - sometimes it comes up the season before and overwinters as a rosette.