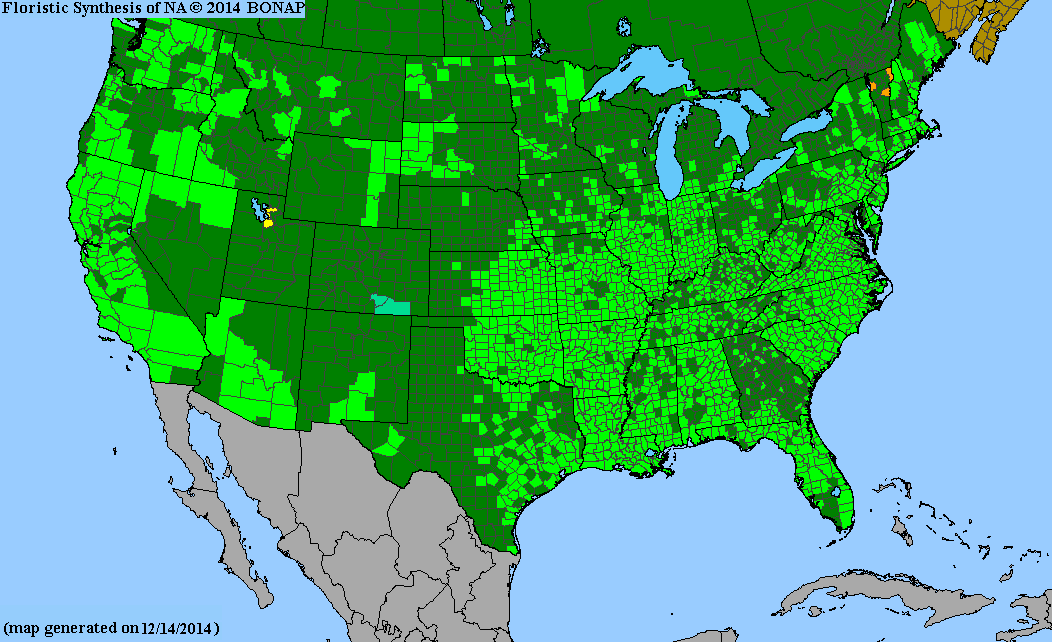 Geranium carolinianum, or Carolina Geranium, grows in the entire continental United States. It can be found in dry fields, rocky, open woods, woodland edges, as well as sometimes in yards and disturbed places. It is an annual that germinates usually early in spring, and then blooms within a month or two.

This can be distinguished by several features that take a keen eye. ; it has light pink flowers, not dark pink; and finally, it has small stalks that hold its flowers up, not long, and so its flowers tend to be a large clusters.

There are several Geranium species in the US, both native and non-native; most of the non-native species have small flowers, which matches Geranium carolinianum. Also, the native Geranium bicknellii has small flowers. So, to tell them apart, Geranium bicknellii has deeper pink flowers, with purple anthers, and has two flowers per stalk. Geranium carolinianum, in contrast, has pale pink flowers, with yellow anthers, and it also has only two flowers per stalk, but the stalks are very short and so it looks like a large cluster or ball of flowers at the end of the stem. In addition, Geranium carolinianum is taller than some of the non-native species, and does not have a sprawling habit that grows along the ground, but it grows upright; the small leaves around its seed pods can turn a bright red color when ripe. See photos for comparison.