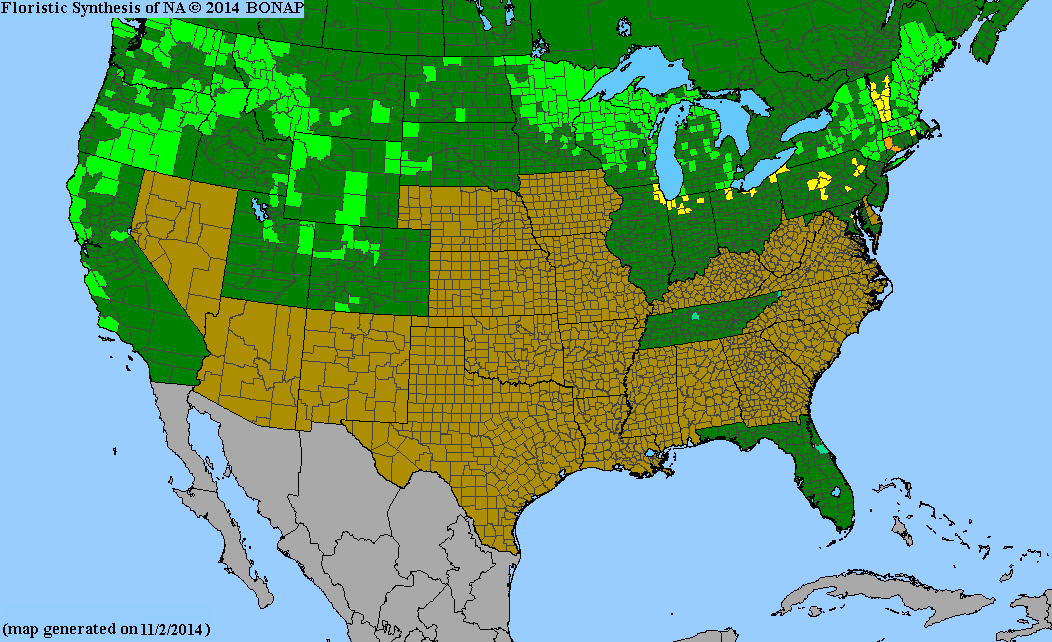 Geranium bicknellii, or Bicknell's Cranesbill, is a native annual that can be found in the northern half of the United States. It grows in dry sandy prairies, fields and clearings as well as gravel pits.

There are several Geranium species in the US, both native and non-native; most of the non-native species have small flowers, which matches this species, Geranium bicknellii. Also, the native Geranium carolinianum has small flowers. So, to tell them apart, Geranium bicknellii has deeper pink flowers, with purple anthers, and has two flowers per stalk - this last feature helps distinguish Geranium bicknellii from several non-native species. Geranium carolinianum, in contrast, has pale pink flowers, with yellow anthers, and it also has only two flowers per stalk, but the stalks are very short and so it looks like a large cluster or ball of flowers at the end of the stem. See photos for comparison.