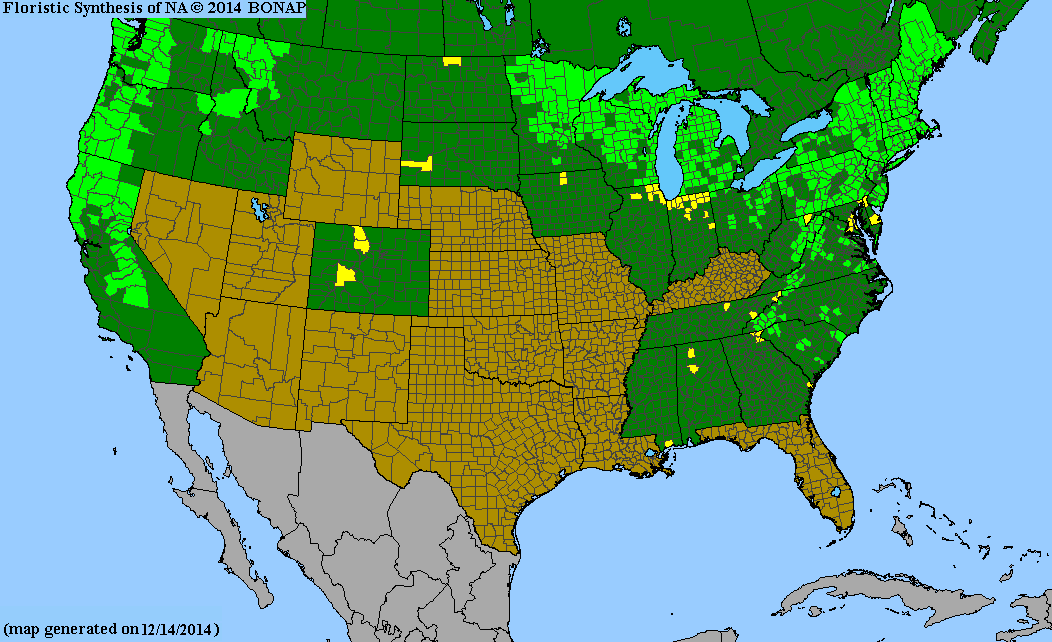 Drosera rotundifolia, or Round Leaf Sundew, is native to much of the United States, except Florida, and parts of the central and southwestern US. It is n perennial, which grows in wet areas with poor nutrients, like bogs, fens and seeps. It can often be found growing in open sphagnum hummocks and needs much light and very little over-growing vegetation or it gets crowded out. It blooms from late spring or early summer to late summer with small white flowers that typically bloom only when the sun is out. This plant is carnivorous and eats anything small enough to get stuck when crossing its sticky, dewy leaves.

This plant is one of several native in the genus, but is can be fairly easily distinguished by its pads. It has very round-shaped pads, where as all the other Droseras have long, or thread-like pads, except its closest lookalike, Drosera intermedia which has spoon or oblong-shaped pads instead of round. Images will be added when available.