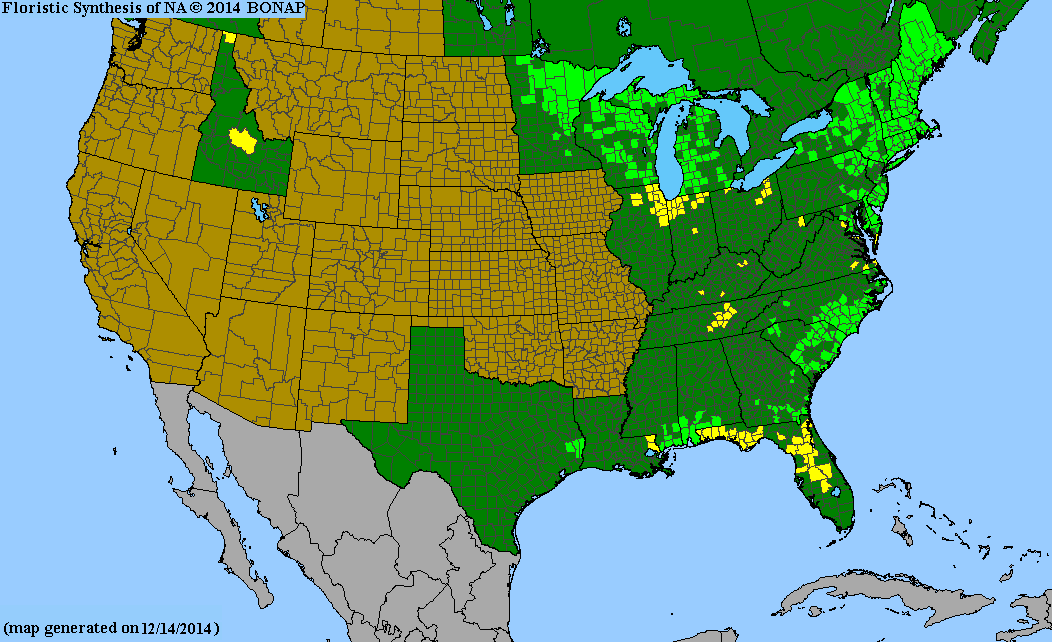 Drosera intermedia, or Spoonleaf Sundew, is native to much of the eastern half of the US, but is rare or absent from the middle portion and doesn't make it as far as the Ozarks. It is a perennial that grows in bogs, fens, seeps and shores, often in standing or shallow water. It blooms in mid summer with white flowers.