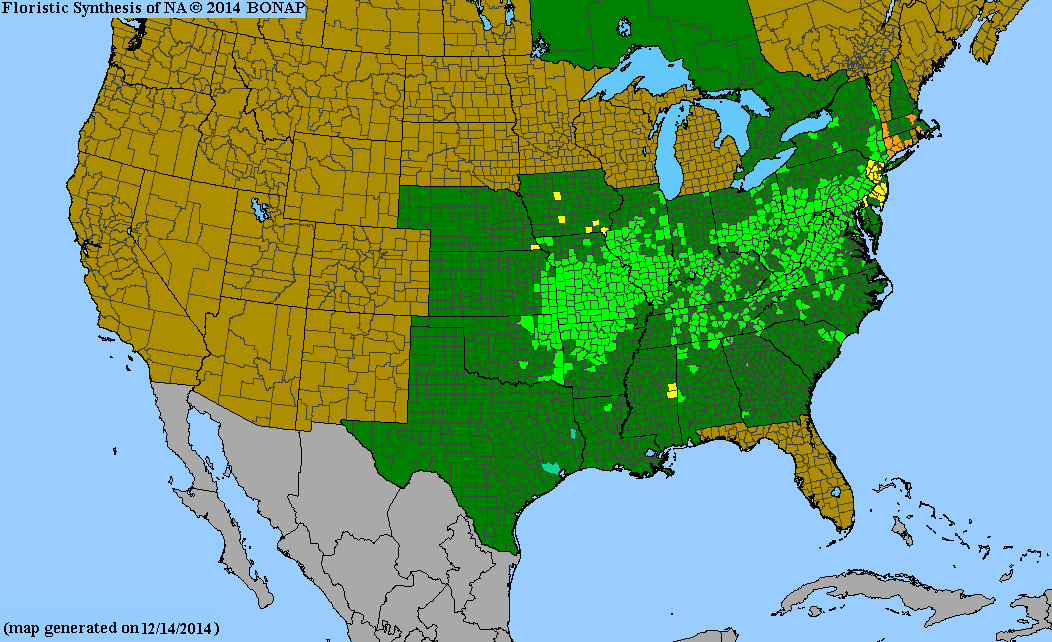 Cuphea viscosissima, or Blue Waxweed, grows in much of the eastern half of the US; it is an annual that grows in ipen woods, fields, prairies and along roadsides. It begins blooming in mid-summer and typically continues until frost.

There are several other species in the US, with distribution only in a state or two, and they are not covered here. The only similar other species is Cuphea carthagenensis, which is a non-native and has its petals situated evenly along the flower, whereas Cuphea viscosissima has 2 petals on top and 4 on the bottom. They also have different leaves - the latter, our native species, has fuzzy leaves, and seed pods and stems that feel somewhat sticky to the touch.