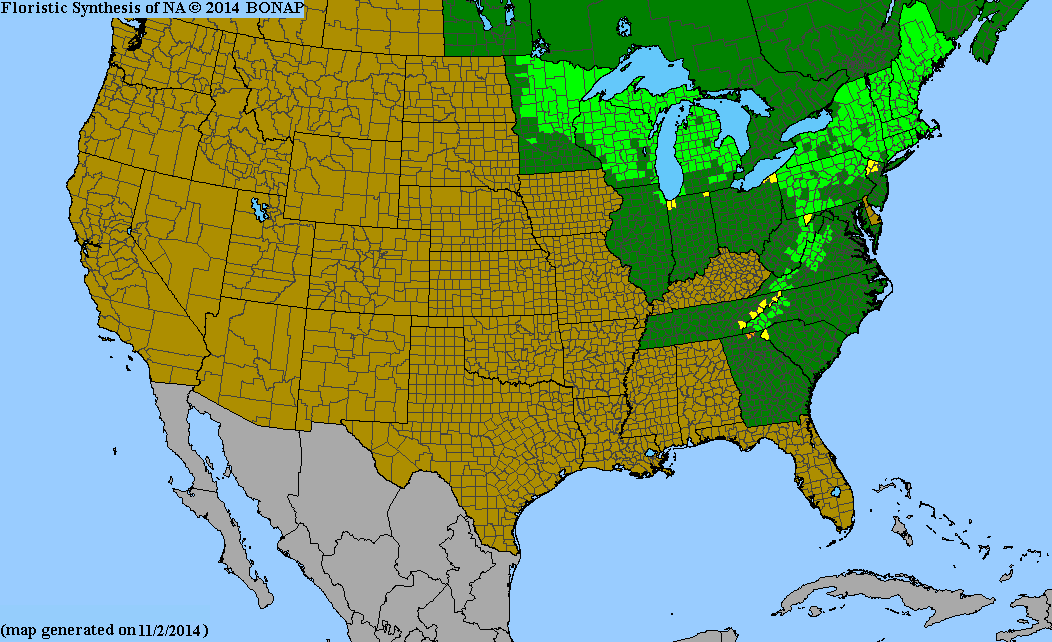 Clintonia borealis, or Bluebead Lily, is native to northeastern US, the Great Lakes area and the upper Appalachian area. It is a perennial, with large lily-like basal leaves, and grows in cool, moist woods, often in deep shade, but usually requires some sun to bloom. It blooms in late spring to early summer with a stalk cream to yellow flowers.

The follow criteria can be used to differentiate the species:
Clintonia andrewsii: red flowers; only found on the Western most coast of California
Clintonia borealis: yellow flowers; overlaps into the Appalachians, but is also found in the Great Lakes states and Northeastern US
Clintonia umbellulata: multiple white flowers with speckles; only in the Appalachians
Clintonia uniflora: has a single white flower per plant with no speckles, and can be found only in Washinton, Oregon, Idaho, Montana and California.