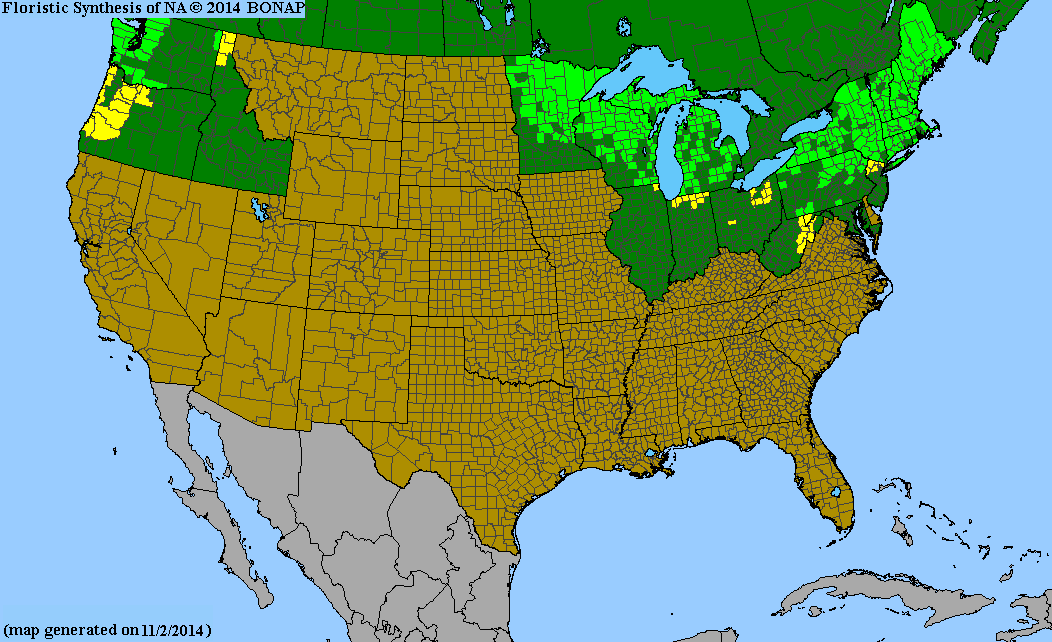 Vaccinium oxycoccos, or Small Cranberry, is native to most of the northeastern quarter of the US, and can also be found in just a few places in the Pacific Northwest. It is a hardy perennial, which grows in moist, even wet, acidic areas, like swamp margins, bogs and lake margins. It blooms in early to mid summer with white to light pink flowers. This plant is also where cranberries from the store are made from, though this one is used more in Europe, where it also grows.

This plant is quite distinct, as it grows differently than most Vaccinium species - most are small bushes, but this plant, along with its cousin, Vaccinium macrocarpon are vines that have small leaves and grow in very wet areas. Vaccinium macrocarpon has larger berries and its flowers are typically lighter white or pink than its cousin, but these are not necessarily always reliable to identify; the best way to tell them apart is by the leaves: Vaccinium macrocarpon has larger leaves with rounded ends; Vaccinium oxycoccos, meanwhile, usually has pinker flowers and smaller cranberry fruits, and its leaves are smaller and come to a point on the end. See below for a comparison: