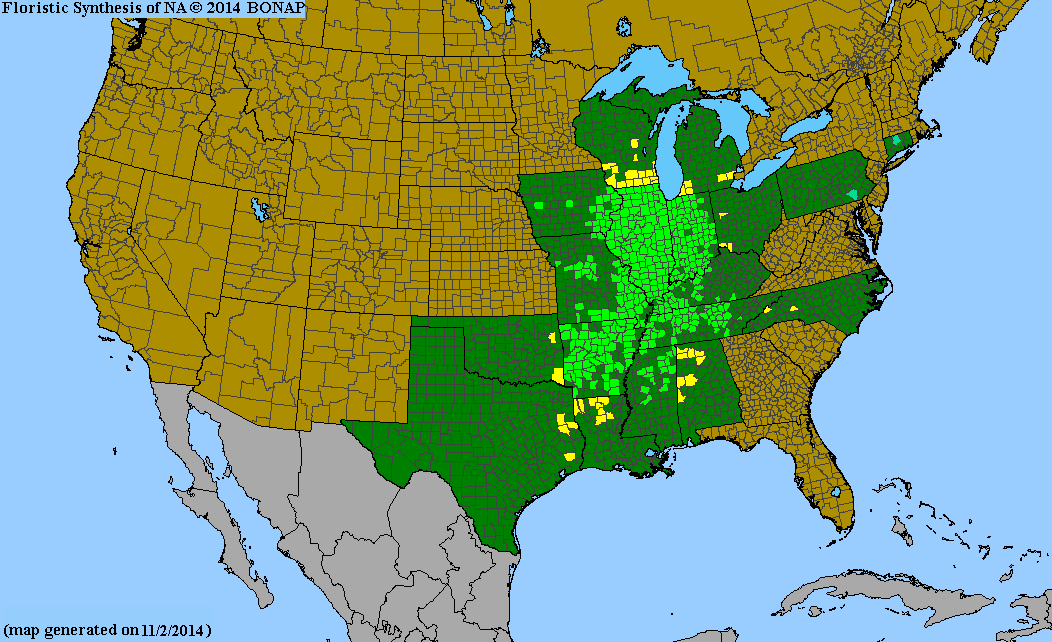 Trillium recurvatum, or Prairie Trillium, is native to the east-central United States, including the Ozark area. It is a hardy perennial bulb, which grows in fields, prairies, and open woods. It blooms in mid to late spring, with deep maroon flowers.

The plant is rather distinct, as it has only three petals and they are maroon. It stands out because it is a so-called sessile Trillium, which means its petals appear to come directly out of the leaves with no separate stem. Not only that, but its petals are larger than any other species and are spade shaped, separating it from any other species, of which there are others that also have maroon, sessile petals; but none of the unique spade shape of Trillium recurvatum.