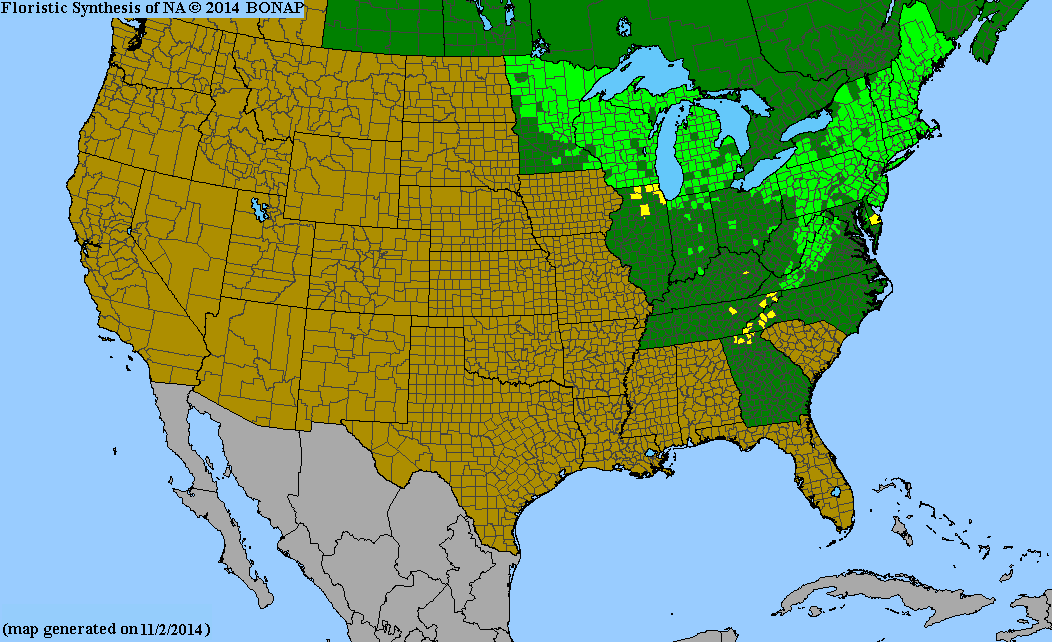 Trientalis borealis, or Starflower, is native to the northeastern quarter of the United States, including the Great Lakes area, and extending slightly into the central Appalachian area. It is a perennial, which grows in moist, rich, acidic soil in open woods. It blooms in early to mid spring with white flowers that typically have seven petals.

This species has curiously been placed by some into the Lysimachia genus, although the three US species bear little resemblance to its members, as they are tall plants with yellow flowers, and the Trientalis genus is all short plants with white flowers. Trientalis borealis is found in the east, while the other two, Trientalis latifolia and Trientalis europaea are western species. This alone separates Trientalis borealis from the others by range, but more differences will be posted at a later time between the other species.