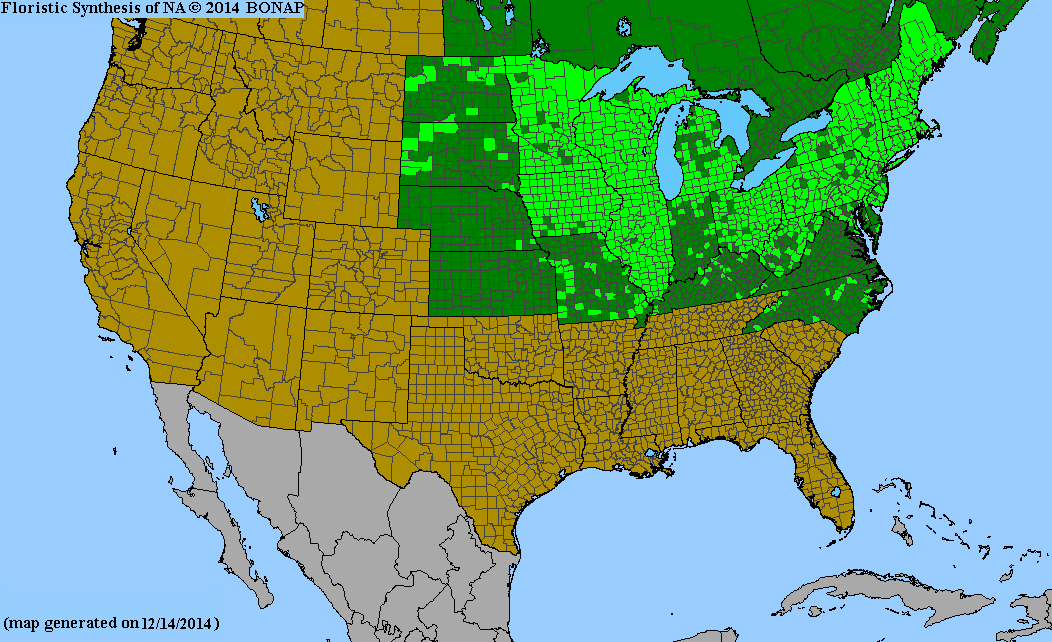 Solidago canadensis, or Canada Goldenrod, is native to the northeastern quarter of the United States, and also the northern central US. It grows in open prairies, fields, meadows, along roads and railroads, along shores and along woodlands. It blooms in late summer and fall, with small golden flowers on stalks.

There are over 100 species of Solidago in the United States, and they can be very difficult to tell apart. Solidago canadensis is one of the more difficult species to distinguish, as there are several that look just like it. Solidago canadensis can be distinguished by the complete lack of galls on its stems, and the smooth undersides to its leaves between the veins. The species that look most like it are:
Solidago altissima: this plant is very similar, but can be distinguished by the presence of galls on its stems, which it frequently has, and also by a fuzziness on the underside of its leaves.
and
Solidago gigantea: this plant has glaucous - smooth, and sometimes waxy - stems on the lower plant, and its leaves are much more toothed than the other two species.

You can also access our Solidago ID chart which shows various images of over twenty species to help with ID.