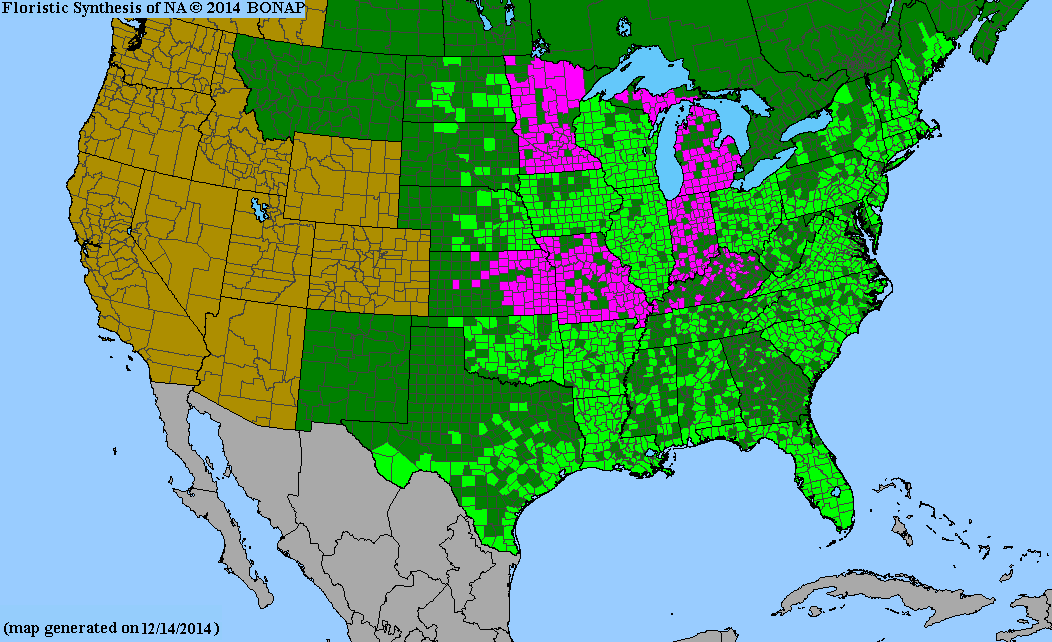 Solanum ptychanthum, or Black Nightshade, is an annual species that grows in the entire continental United States, where it is native to the eastern and central areas. It grows in lawns, gardens, along fence rows, in open woods, and along woodland edges.

There are quite a few species of Solanum in the US, but this species is part of a "complex" that is, a group of species so grouped because of their similarity. These are: Solanum americanum, Solanum ptychanthum and Solanum nigrum. For a long time, these species were considered synonymous, but now they are recognized as separate. The former two are native, and the latter, Solanum nigrum, is non-native, from Europe. Solanum nigrum's range in the US is confined to the Western coastal states and a scattered few states on the east coast, as well as one report in Missouri. Overall, it is not a common plant. As such, it is not pictured on this site, but in order to exclude it from the others, Solanum nigrum has larger flowers; its berries are black, but not shiny, they are dull; and its flowers are organized in a pseudo-umbellate cluster, meaning they look like an umbel, but the stems of each flower - called pedicels - come out of a different spot on the stem. Meanwhile, that leaves Solanum ptychanthum and Solanum americanum - these two species are more difficult to tell apart. More information and pictures will be posted soon.