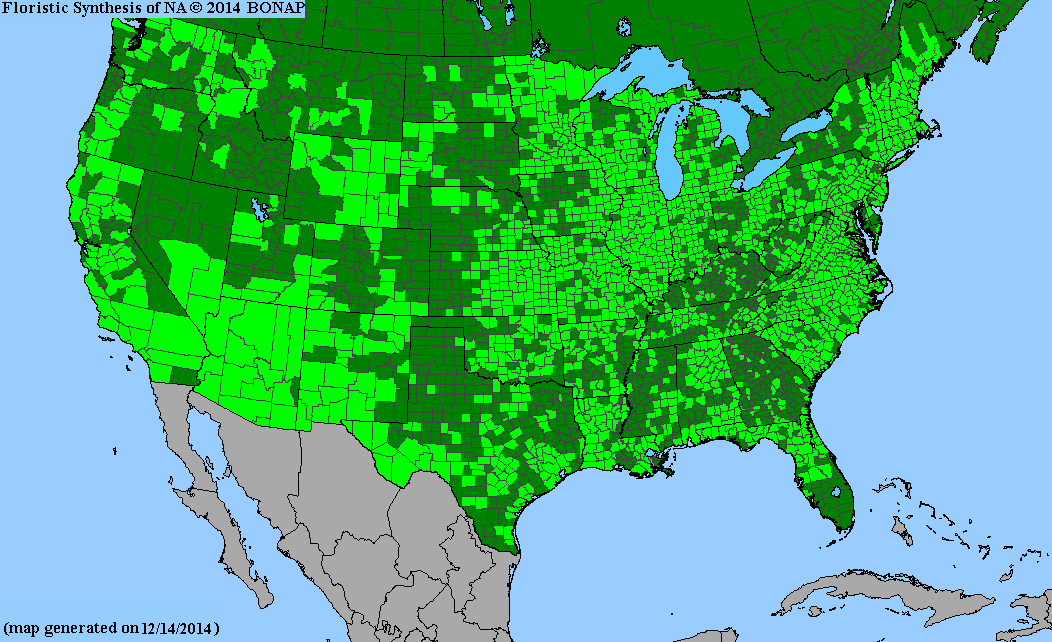 Silene antirrhina, or Sleepy Silene, is native to the entire continental United States. It is an annual which grows in fields, prairies, waste places, along trails, and along woodland edges. It blooms in late spring and early summer, and in warmer areas, it may be found blooming at later times.

The plant can be difficult to find in bloom. It normally blooms just before dark, and remains in bloom overnight, and fades away as the sun comes up. Occasionally on cloudy days, the blooms can also be caught in the morning. So, often this plant will be encountered as a stem with pods that either have lost their petals, or with some pods that have already gone to seed. The stems have sticky rings around them in certain areas, hence the common name "catch fly," in these areas, the stems is often colored reddish, and may have fuzz or other things stuck to it.

The plant can be distinguished by its annual habit, small pinkish-white flowers, and the fact that it blooms only shortly before dark.