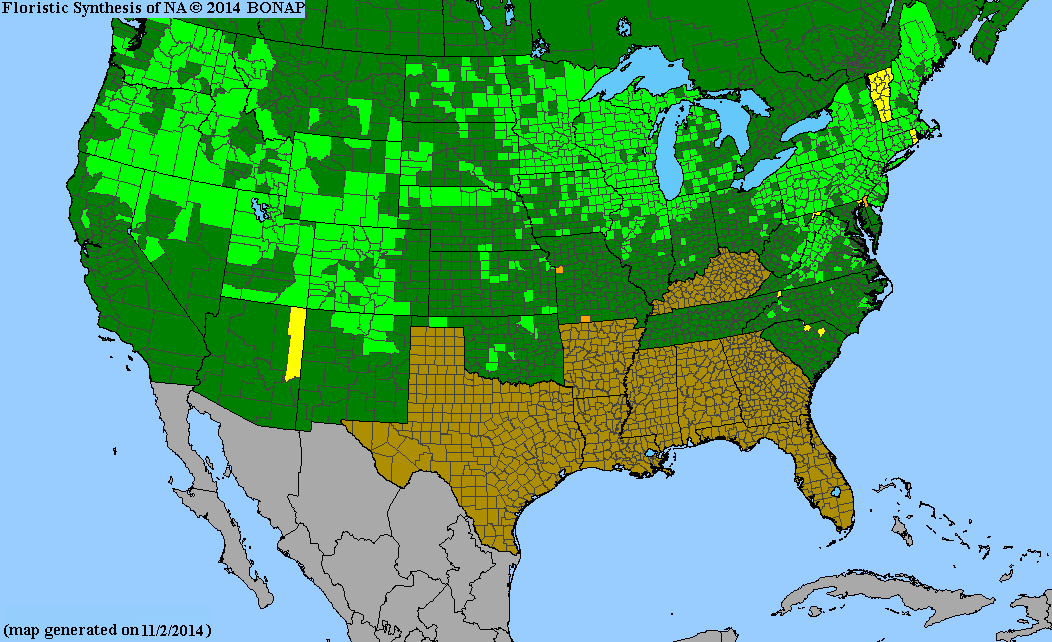 Scrophularia lanceolata, or Lanceleaf Figwort, is native to the most of the United States, except the southeast and south-central US. It is a perennial, that grows in dry prairies and meadows, as well as open woods and woodland edges. It blooms in late spring and early summer with brown flowers.

There are several species of Scrophularia in the United States, but most are confined to the Western US. This species is one of only two with a wide distribution in the US. The other is Scrophularia marilandica, which can often be distinguished just by its bloom time: it blooms July - September, so much later. In addition, it has flowers that tend to be darker brown, and it is a more branched plant, with fatter, thicker leaves. Meanwhile, Scrophularia lanceolata blooms in late spring and early summer, has paler brown flowers, and has longer leaves and has less branched out flowers.