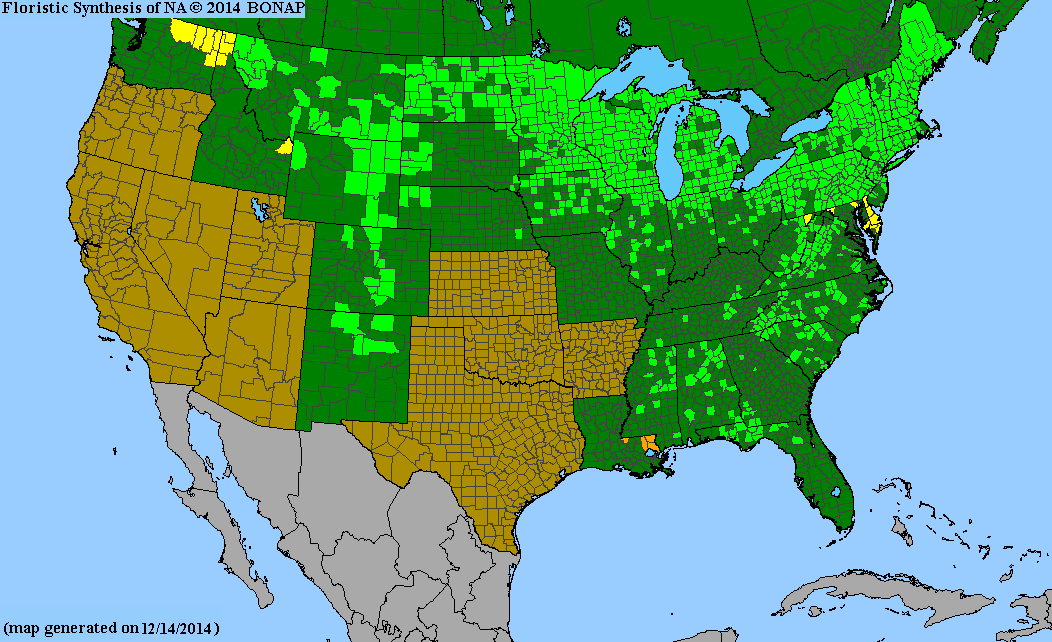 Sanicula marilandica, or Maryland Black Snakeroot, is native to much of the United States, except the far Southwest and the South-central US, though it is present in the Rocky Mountain states. It is a perennial, that grows on woodland edges, in thickets, prairies and fields. It blooms in mid summer with white flowers that have styles and stamens that stick out prominently.