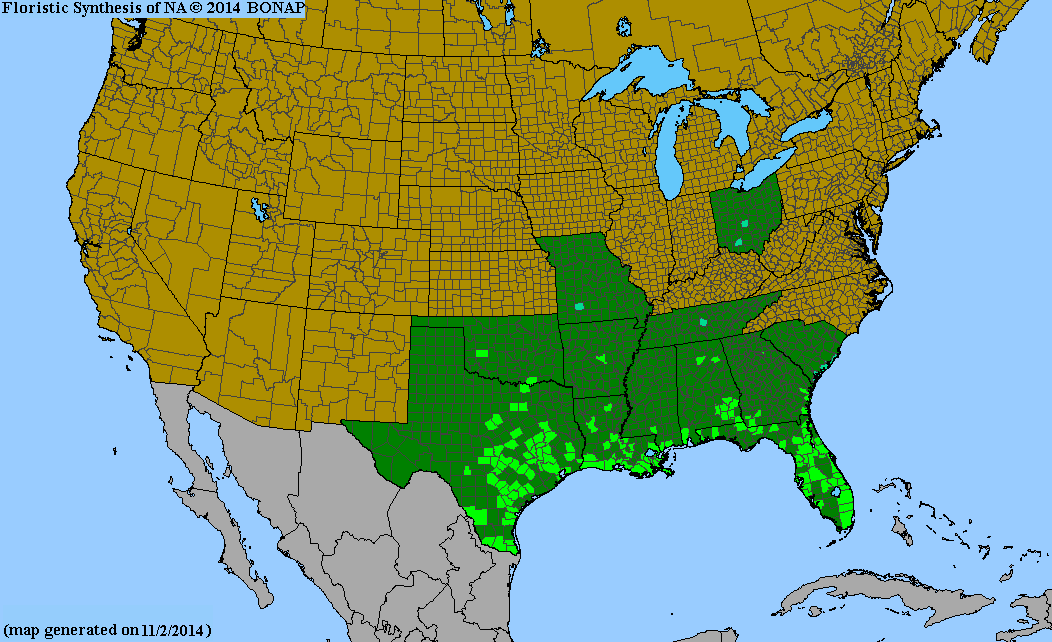 Salvia coccinea, or Scarlet Sage, is native to southern coastal states. It can be a short-lived tender perennial, but because of its striking color, it is frequently cultivated, and is grown as an annual in areas where it is not hardy. While it blooms early in the warm areas, it usually does not begin blooming until at least June or July in colder areas, where it then often continues until near frost. It grows, naturally, in sandy soils, along roads, in open woods and woodland edges, but it is quite agreeable to ordinary garden soil, in the garden setting.

There are nearly 70 species of Salvia in the United States, approximately a quarter of them are non-native species. Salvias are a very highly cultivated species in the garden, both natives and non-natives, due to their beautiful color, and their ability to attract bees and butterflies. Salvia coccinea is one of only about 5 species of Salvia that are red - most others are purple, blue or white. Salvia coccinea has spade-shaped leaves that are opposite from each other on stems, and are usually fuzzy. Its flowers are stunning red. The only other native species that also have similar red flowers are found only in Texas, and they are: Salvia roemeriana, Salvia henryi, Salvia greggii. At time of publishing, we do not have photos available of these other species for comparison, but we will post them as soon as they might become available!