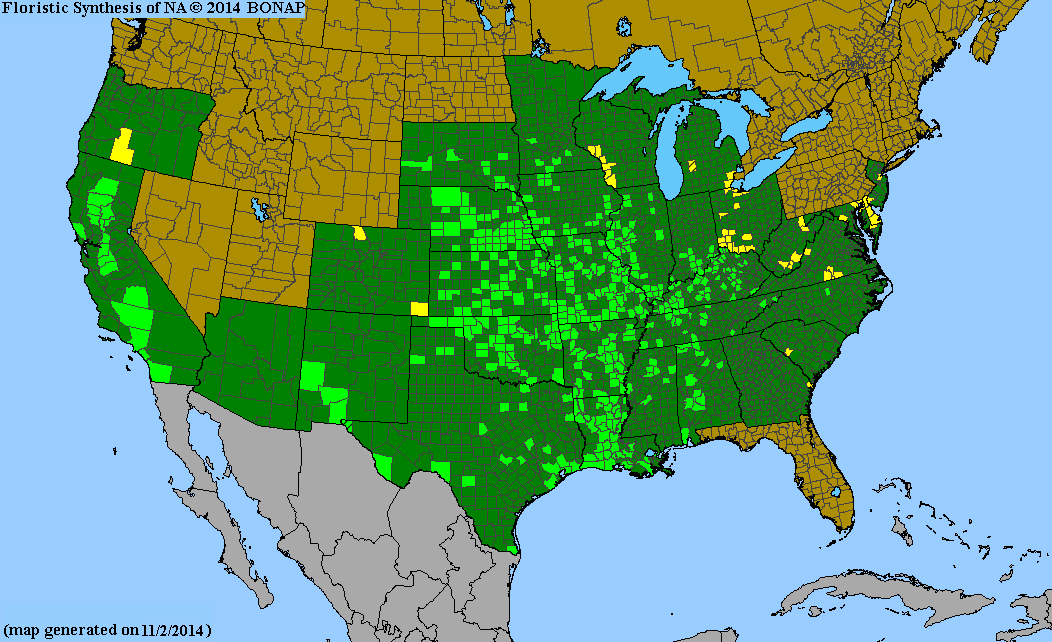 Sagittaria calycina, or Hooded Arrowhead, is native to much of the contiental US, except Florida, Vermont and a handful of Western states. It is debated whether it is annual or perennial, but it grows in moist areas, like swamps, flats, bogs and shores, often in muddy soil. It blooms in mid summer to fall with white flowers.

This plant has several variations in leaf size which depend on which subspecies it is. However, a little-noted but very handy way to identify the plant in flower is its flowers which are white, but have a dot of yellow-green at the base of each petal near the center. Most other species are just white. Additionally, not in flower, the plant can be identified by its flower stems (called pedicels), which are thick and face downward after pollination. In one of the common forms, its leaves are said to be more broad than long, but this is not always the case. Finally, it often has "perfect" flowers, that is, flowers with both male and female parts (pictured above), while most other Sagittaria species have separate male and female flowers.