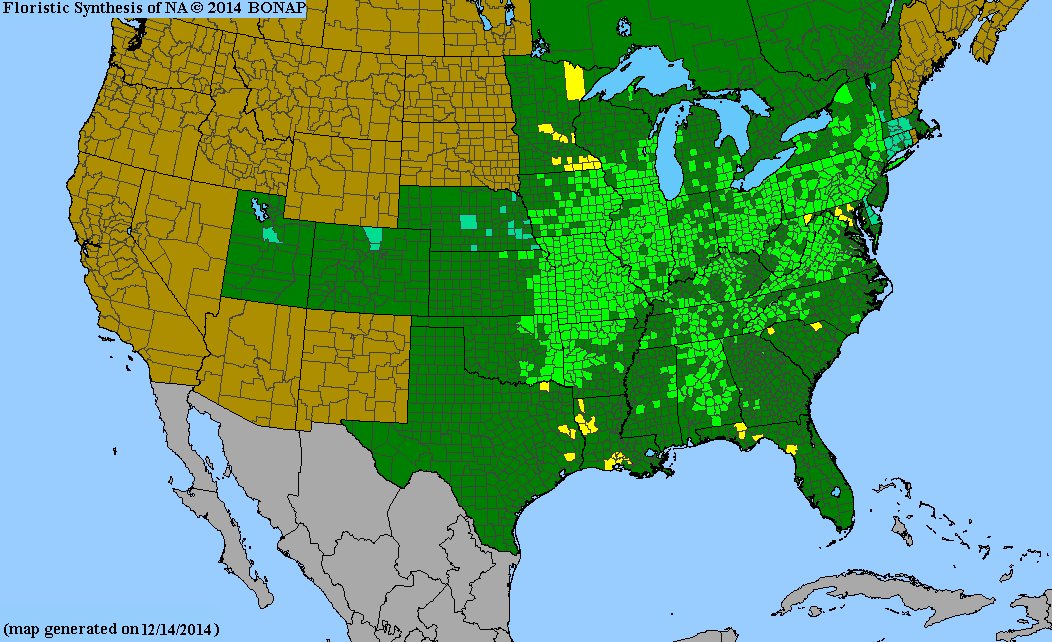 Rudbeckia triloba, or Brown-Eyed Susan, is native to the eastern half of the United States. It grows in wet woods, thickets, along woodland edges and railroads and roads. It is usually a biennial, but occasionally lives longer and blooms for a second or third year before dying. It blooms in mid summer with striking yellow-gold flowers with brown centers.

This species is quite easy to tell apart from others in its genus, because it is very tall, and is branched in many parts. Additionally, its biennal nature separates it from most species, as does its smaller flowers. It looks perhaps most like Rudbeckia missouriensis, but can be easily distinguished by looking at the leaves, as it has lance-shaped, linear unlobed leaves, while Rudbeckia triloba has leaves split in three. Rudbeckia triloba also has smaller flowers with shorter petals.