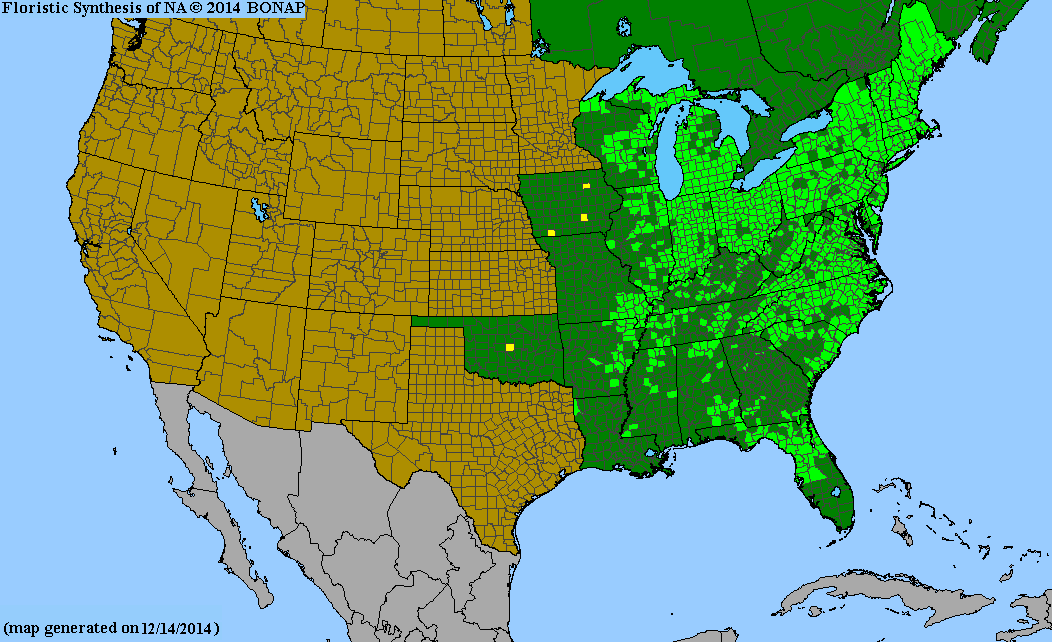 Rosa palustris, or Swamp Rose, is native to most of the eastern half of the United States. It grows in moist areas, like ditches, lake and stream margins and in bogs and swamps. It blooms in early to mid summer, with beautiful pink flowers.

This is one of several Rosa species, both native and non-native. They are somewhat difficult to tell apart, but this species in particular is one of the easiest to identify, as it is one of the only native species that prefers to grow in very wet conditions, often growing in standing water. This alone is often enough to separate it from other species, but it also has three other things that set it apart: it has a single thorn at each node of its large stems; it has glands on its seed pods; and it has serrated leaves that are evenly serrated. More information and pictures will be posted later.