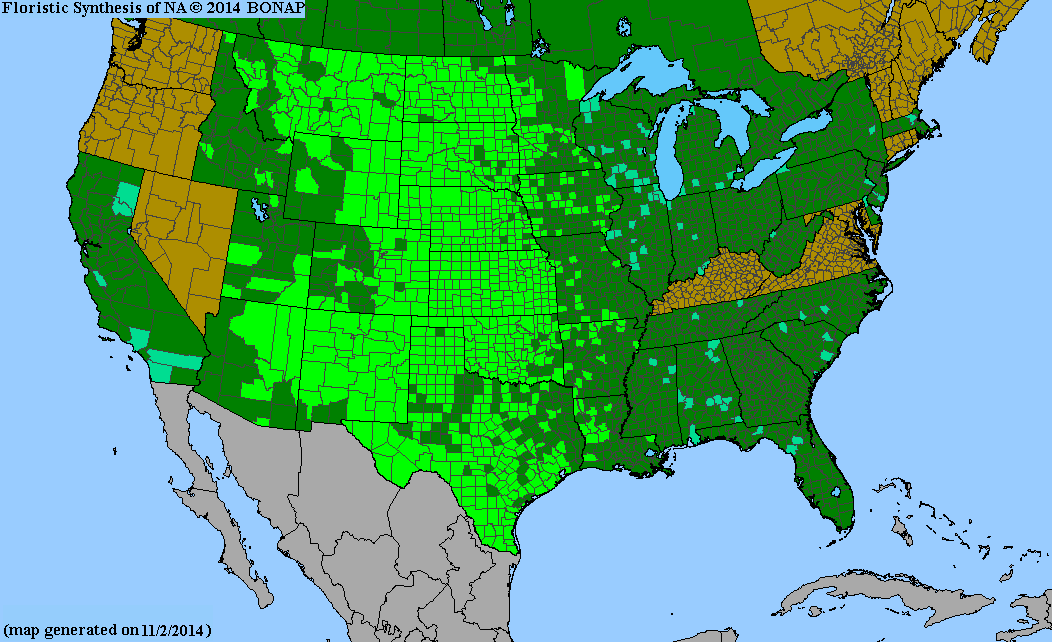 Ratibida columnifera, or Mexican Hat, is native to most of the entire United States, except a few states in the Pacific Northwest and mid south. It grows in open meadows, fields and prairies and along roadsides. It blooms in mid summer into fall, with beautiful flowers that can either be completely yellow, or brown-red, or a combination of both colors.

This species looks similar to coneflowers (Echinacea), but it is different in several ways. It has leaves that are deeply divided, and then its flowers, which are not purple, have flowers with petals that hang down, and the middle of the flower has no points or spikes like Echinacea has. The closest to it is Ratibida pinnata, but that is a taller species and its flower are always yellow; additionally, it has longer petals than Ratibida columnifera, which typically has shorter, stubbier petals.