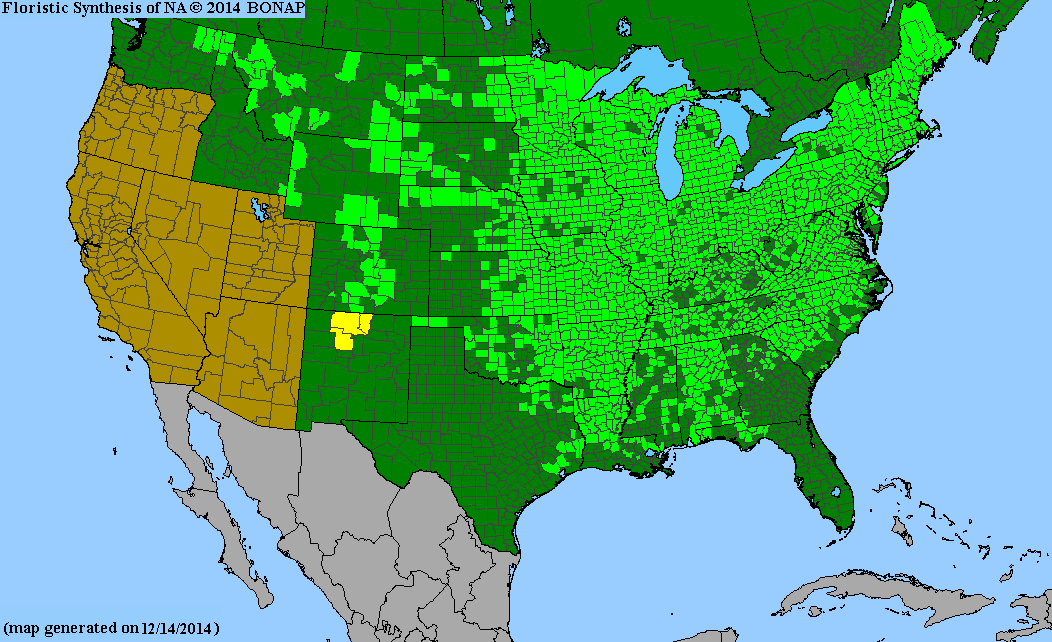 Ranunculus abortivus, or Kidneyleaf Buttercup, is a native annual that can be found in most of the United States, except the Southwest. It grows on streambanks, in fields and prairies, in open woods, waste ground, roadsides, along railroads and in driveways and lawns. It can be a short-lived perennial, so sometimes plants persist for more than one year; when it does not, it typically comes up the fall before, and overwinters as a small rosette of leaves. At the base of the plant (on the ground; basal) It has kidney-shaped leaves, or at least spade shaped, which helps set it apart from other species.

There are many Ranunculus species, but most have larger flowers than this type. The closest species to this is Ranunculus sceleratus, which blooms around the same time, and has similarly small flowers. The two species can be distingushed in the following way: Ranunculus abortivus is often taller; it has paler yellow flowers, with narrower petals, its leaves are kidney to spade shaped at the base, and the seed pods that form where the flower was form into a ball; in Ranunculus sceleratus, the seedpod is more elongate, and its flowers are also bright yellow, with fuller petals, and its basal leaves are more divided. See below for a comparison picture.