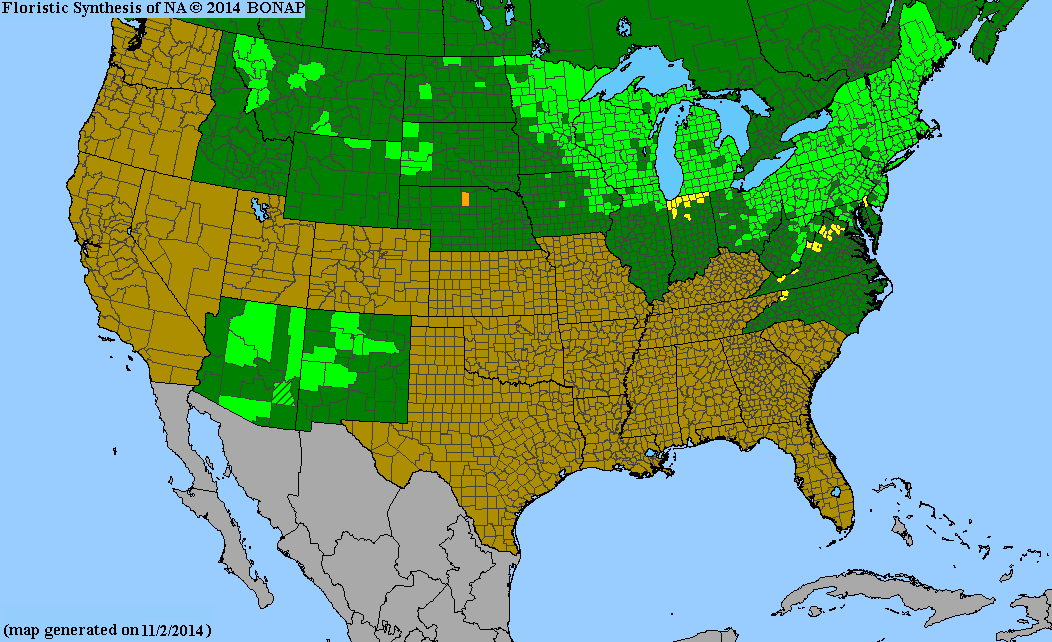 Pyrola elliptica, or Shinleaf, is native to most of the northern tier of the United States, except Oregon and Washington, and it can also be found in Arizona and New Mexico. It grows in moist (and occasionally drier), open woods. It blooms in early to mid summer, with bright white flowers on medium stalks.

This is one of several species in this group that look similar. Probably the most similar is Pyrola americana which has very similar looking flowers, but can be rather easily distinguished by the rough nature of its leaves. More photos and comparisons with other species will be posted soon.