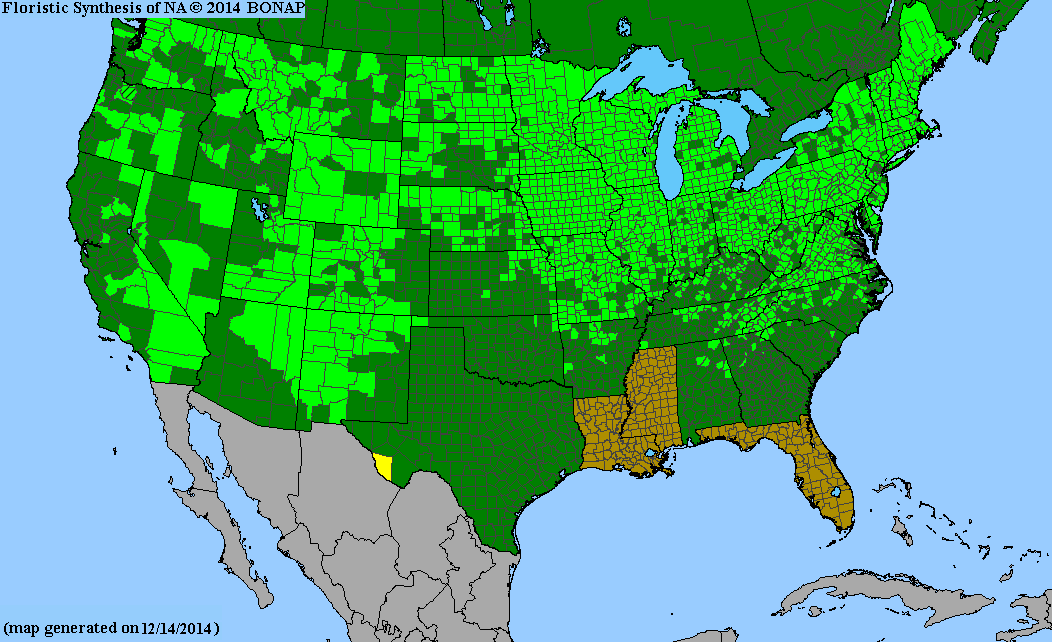 Potentilla norvegica, or Rough Cinquefoil, is native to almost the entire United States, but is not reported from Florida, Louisiana or Mississippi. It grows in fields, pastures, meadows, prairies and along woods and in open woods, and also comes up in yards frequently. It has small yellow flowers that bloom in mid summer and tend to fade when the hot sun hits them, so it is best viewed in the morning or on a cloudy day.

The many species of Potentilla all look quite similar, at least, their flowers. This species, though, grows tall and has leaflets in sets of threes. It also has a weedier habit than other species, which is probably aided by the fact that when it is seen, it often doesn't have flowers showing, due to them falling off from the intense sun.