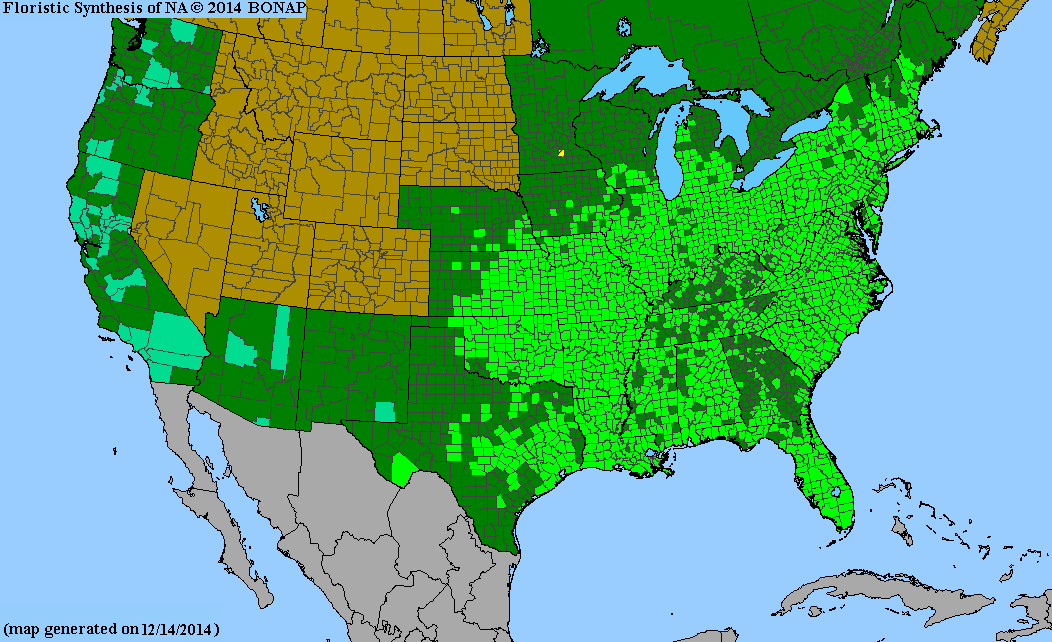 Phytolacca americana, or Pokeweed, is native to most of the eastern United States. It grows in yards, waste places, along buildings, roadsides and in open woods. It blooms in mid to late summer and early fall, with white flowers with green centers.

Although this plant looks rather weedy, it is a native. It can be easily identified by its large, glossy oval leaves and its purplish stems; later in the season, its large size, and blue berries also help ID it. Although its berries are poisonous to humans, it is an important food source for birds and other animals.