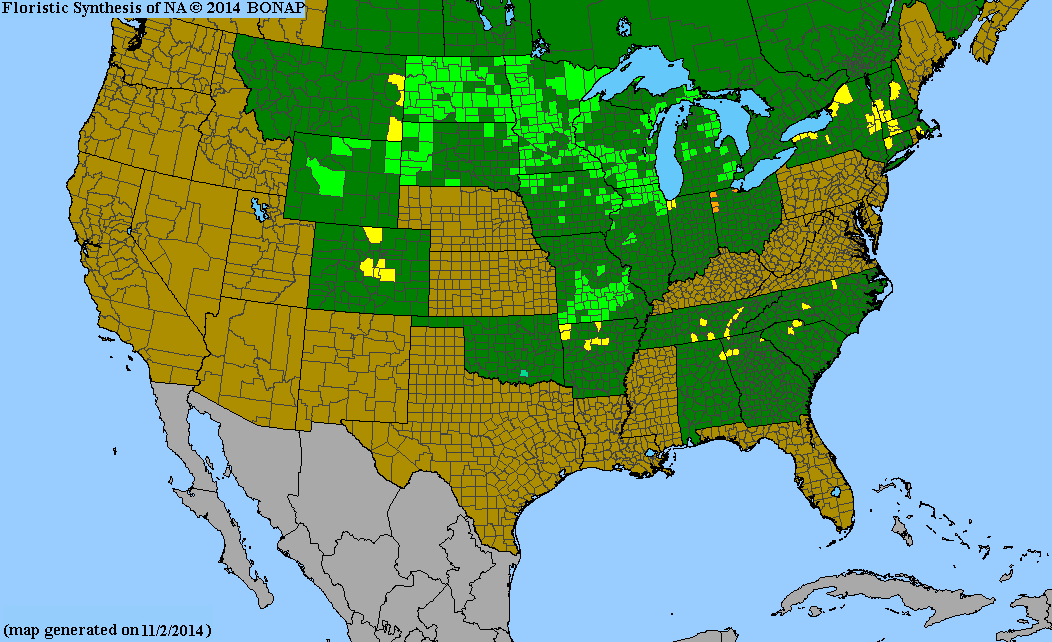 Oligoneuron album, or Upland White Goldenrod, is native to the northern central US, and parts of the northeastern and southeastern US, but is rare in both those places. It grows in dry, sandy fields, prairies and meadows and rocky, open woodlands. It blooms in mid to late summer, with white flowers with large petals that look very much like an aster species.

There are over 100 species of Solidago in the United States, and they can be very difficult to tell apart. There are a group of six species that are referred to as "flat topped goldenrods". They have been broken off by some into a separate genus known as Oligoneuron. Many authorities still include those in Solidago, and we have, also, except for our present species, Oligoneuron album. These six species do have flowers whose flower stems all come out of a similar spot on the stem and form a flat top at the top of each stalk.