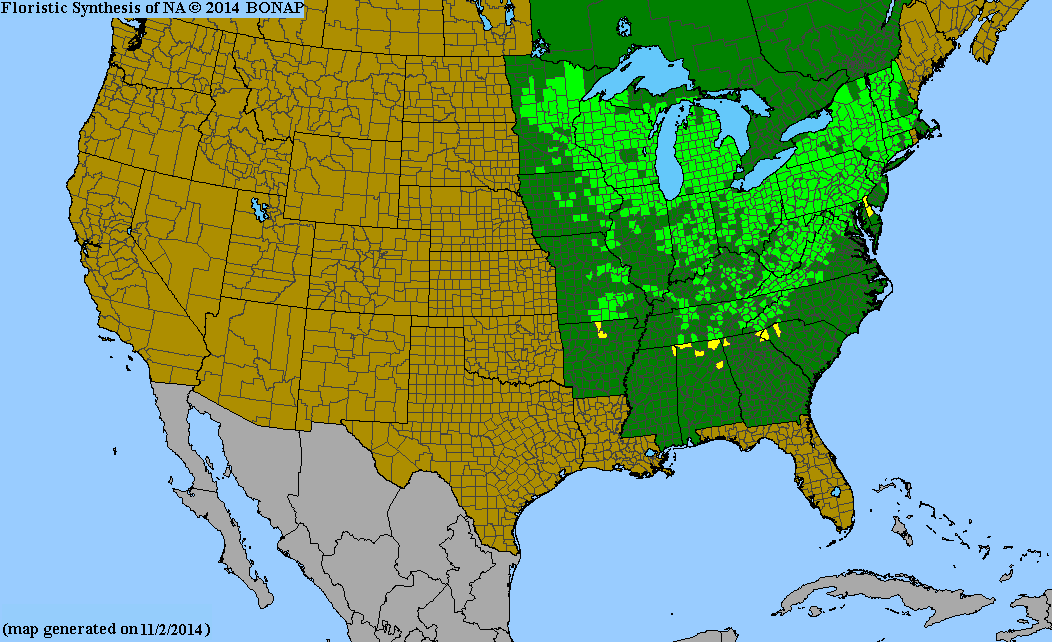 Mitella diphylla, or Miterwort, is native to most of the eastern half of the US, except the southeast. It is a hardy perennial, which grows in moist, open woods and occasionally along woodland edges or trails. It blooms in early to mid spring with stalks of small, delicate white flowers that resemble snowflakes.

This plant is quite distinct, and it is one of only two eastern species, so that can easily identify it in certain areas. The other species most like it that overlaps in range is Mitella nuda, but it has a much shorter stature, its leaves are smaller, it grows in wetter areas, and its flowers are green and almost double the size. More information will be posted later about the western similar species. See below for a comparison of the two mentioned species: