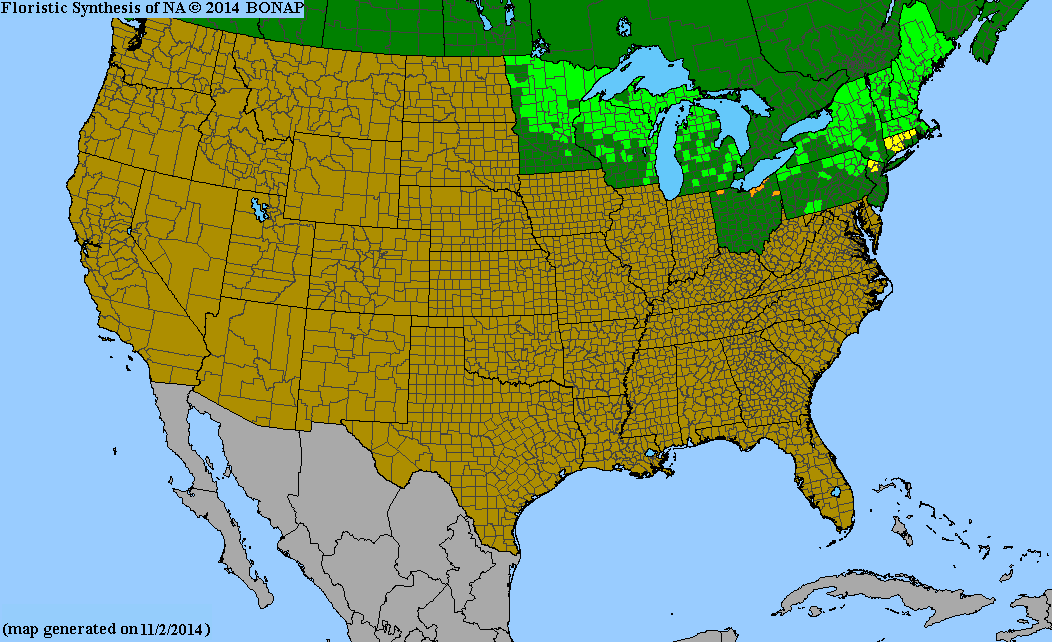 Maianthemum trifolium, or Three-Leaf False Solomon's Seal, is native to only the northeastern US and the Great Lakes states. It is a perennial that grows in moist, acidic bogs and swamps, only in very cool soil. It blooms in mid to late spring with medium stalks of white-yellow flowers that give way to berries.

This plant has several lookalikes, including the other members of its genus. However, it does have several differences. Maiantheum stellatum and Maiantheum racemosum both are much larger plants and grow in dry woods. They each also have larger flowers. The closest looking is Maiantheum canadense, but it too is different, as it has only one to two heart-shaped leaves, and smaller, whiter flowers, where Maianthemum trifolium has longer, lance-shaped leaves and its flowers are larger with yellow centers and purple stamens. Finally, a western species, Maiantheum dilatatum can also be ruled out, as it is very similar to Maiantheum canadense. See a comparison of the five species below.