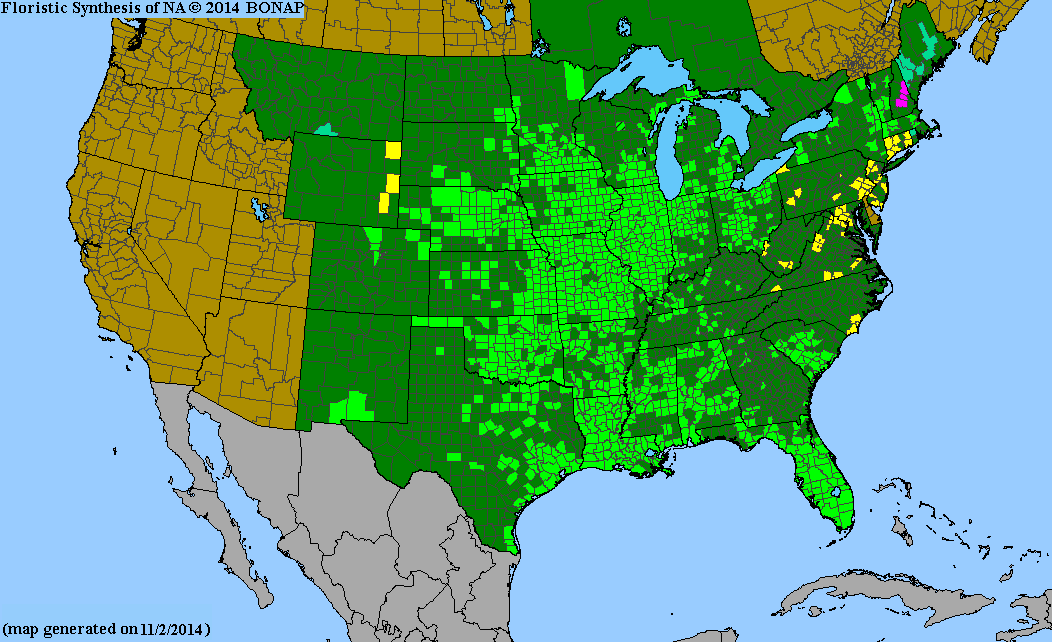 Lythrum alatum, or Winged Loosestrife, is native to the eastern three quarters of the United States. It grows in moist prairies, swamps, ditches and around ponds. It blooms in early to mid summer, with light purple flowers.

The European version of this plant, Lythrum salicaria, is known for being extremely invasive, and has spread across the US, and filled waterways with its alluring flowers; but Lythrum alatum is the native version, and although the two grow in the same habitat, the native can be easily distinguished from its European cousin, by its smaller, paler flowers; the shorter nature of the plant, which is usually about two feet maximum, compared to four or five feet for Lythrum salicaria; and Lythrum alatum has hairless stems and leaves and blooms about two weeks earlier than its showier, non-native relative. See comparison photo below.