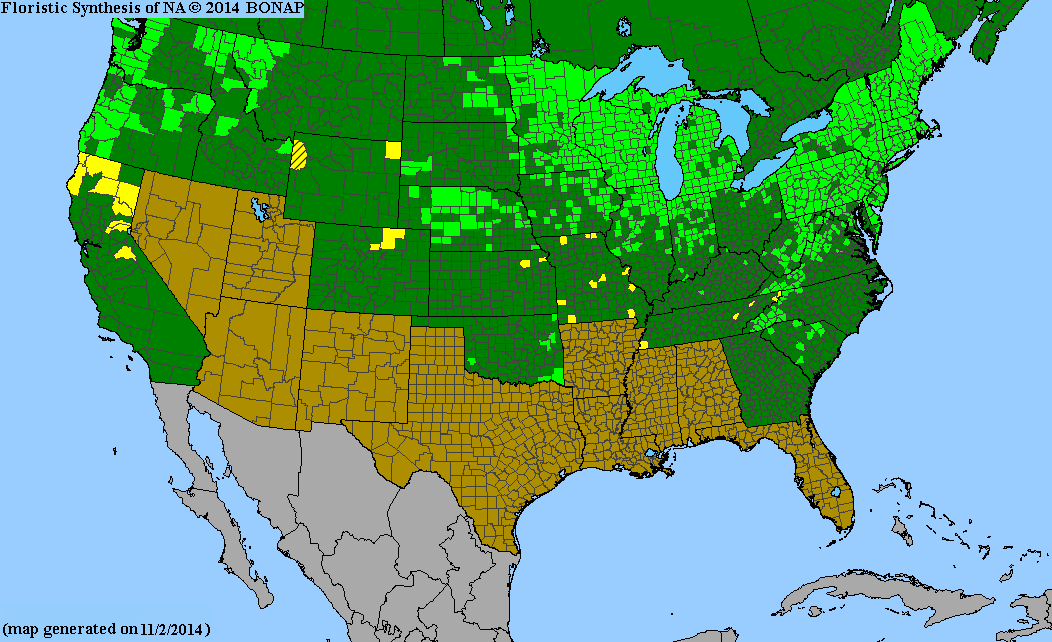 Lycopus uniflorus, or Northern Bugleweed, is native to most of the entire United States, except the southern tier of the US. It grows in moist soil, on shorelines, and in wet meadows and prairies. It blooms in mid summer into fall, with groups of small white flowers in whorls around the stem.

There are seven native species of Lycopus in the US and five of them have a wide distribution. The species can be differentiated in the following way: