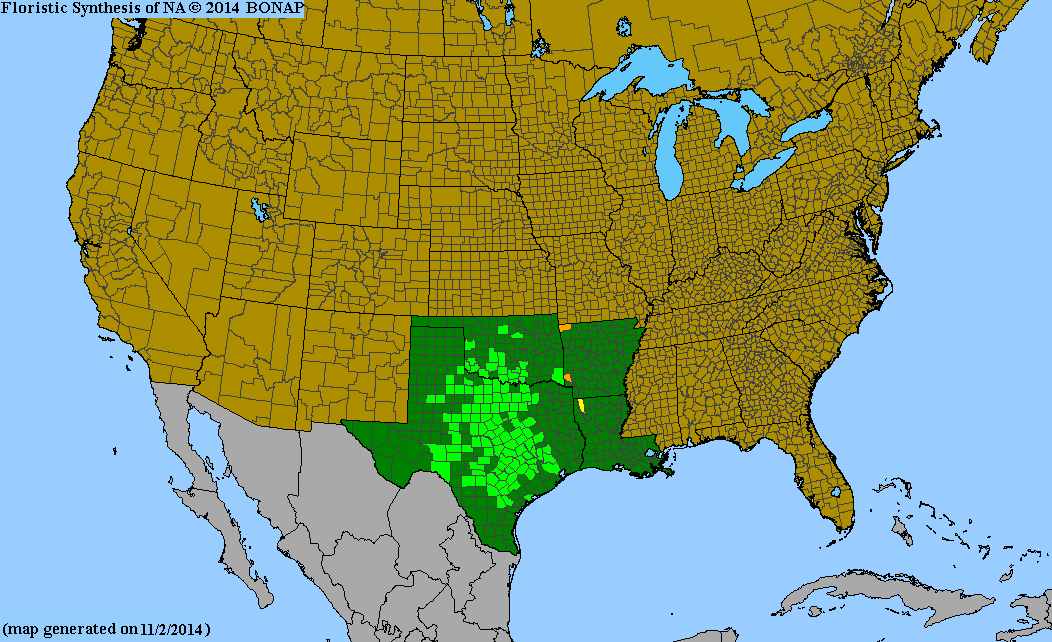 Lindheimera texana, or Texas Yellowstar, is a Southern annual, it only grows in Texas, Louisiana, Arkansas and Oklahoma. It can be found in prairies and fields, as well as along roadsides. It blooms in early spring in its native setting, but it can be grown in gardens much further north as well, and then it can bloom much later into the season, even until frost.

This plant is relatively unique; its flowers resemble a Helianthus species, but its leaves, stems, and especially its seeds and seed pods set it apart from anything like that.