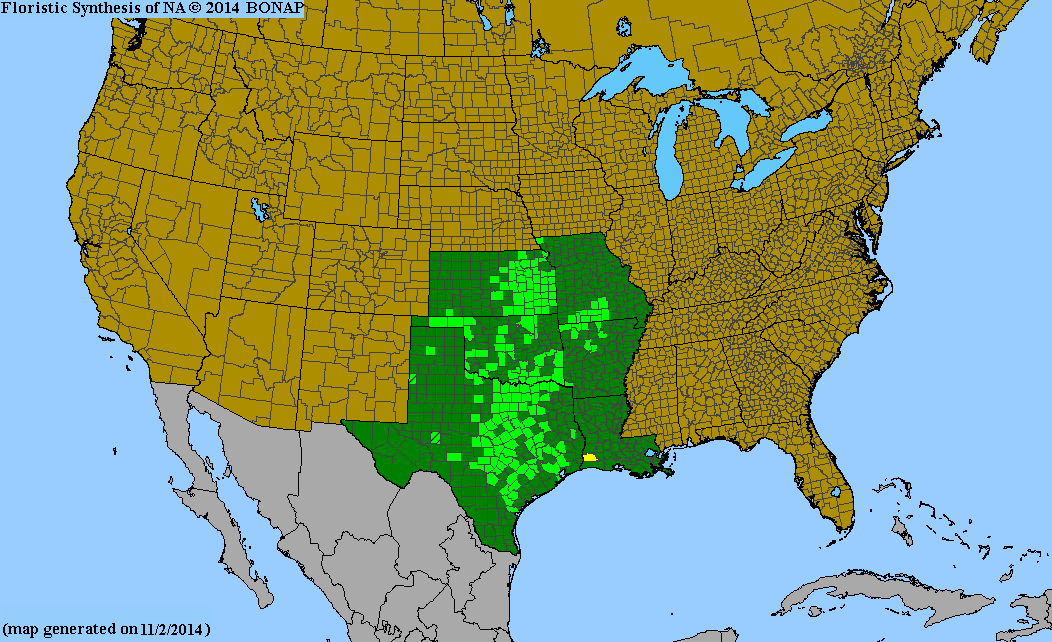 Liatris mucronata, or Bottlebrush Blazing Star, is native to the south-central United States. It grows in dry, sandy prairies, meadows and fields and blooms in late summer with light purple flowers on medium stalks.

This genus is a difficult one to differentiate some of the species, but the bracts below the flowers are what can be used in most cases to correctly ID them. Liatris mucronata has small flower heads with bracts that are v-shaped in an upward direction. The closest to it, which some consider it a subspecies of, is Liatris puctata. More information will be posted on telling them apart soon. See the Liatris comparison photo below.