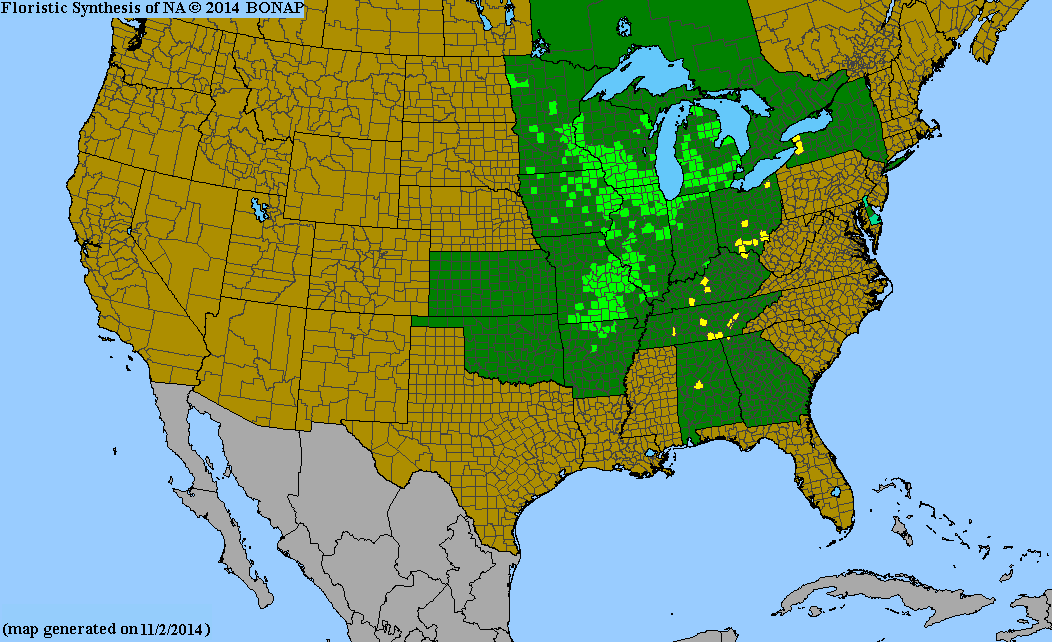 Liatris cylindracea, or Dwarf Blazing Star, is native to Great Lakes area as well as the Ozarks, and it also occurs rarely into the lower Ohio Valley. It grows in dry, sandy prairies, meadows and fields and blooms in mid summer with light purple flowers on short stalks.

This genus is a difficult one to differentiate some of the species, but the bracts below the flowers are what can be used in most cases to correctly ID them. Liatris cylindracea has a medium flower head that is narrow and has bracts that are flat against the flower. In addition, this plant has a very short stature, rarely higher than eight or twleve inches. See the Liatris comparison photo below.