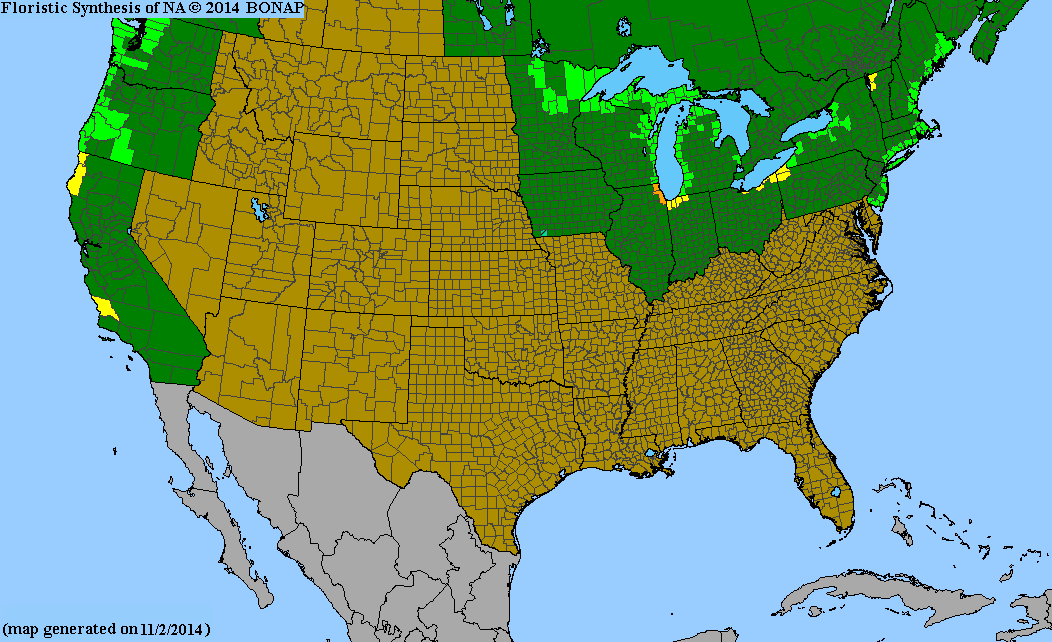 Lathyrus japonicus, or Beach Pea, is native to just the coastal areas of the US, in cooler areas, so along the northern Pacific and Atlantic coasts, and also the Great Lakes coast line. It is a hardy perennial vine, which grows in dry, sandy areas like shores and dunes. It blooms in mid summer with medium purple flowers.

There are several Lathyrus species in the US, both native and non-native. This species can often be identified merely by its location - it only grows along the coast, and only in sandy, dune-like areas. More information will be posted later about the most similar species.