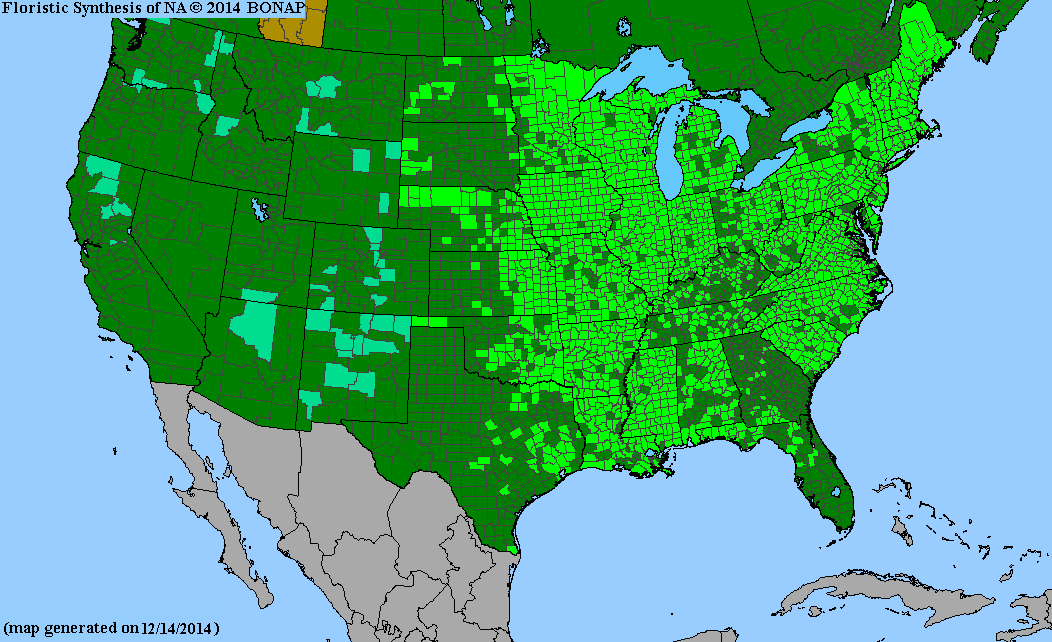 Lactuca canadensis, or Canada Lettuce, is native to the entire United States, though it is considered adventive in the western half. It is an annual, or biennial, that grows in fields, along roadsides, prairies, and along woodland edges, often in sandy soil. It blooms from mid summer into fall, with medium-sized flowers that are yellow and sometimes have a tinge of pink of orange.

This plant looks similar to some other members of the Lactuca genus. The most similar is Lactuca biennis, which is a taller plant and has blue flowers, and its leaves are less divided and do not clasp the stem. additionally, Lactuca biennis has no stalk between the seed and the tuft of hair that carries it in the wind; meanwhile, Lactuca canadensis has yellow flowers and leaves that are usually deeply divided and often clasp around the stem. In addition, its seed has the primary seed, and above it is a small stalk, and then a tuft of hairs that get carried in the wind.

More information will be posted at a later time about differentiating other species.