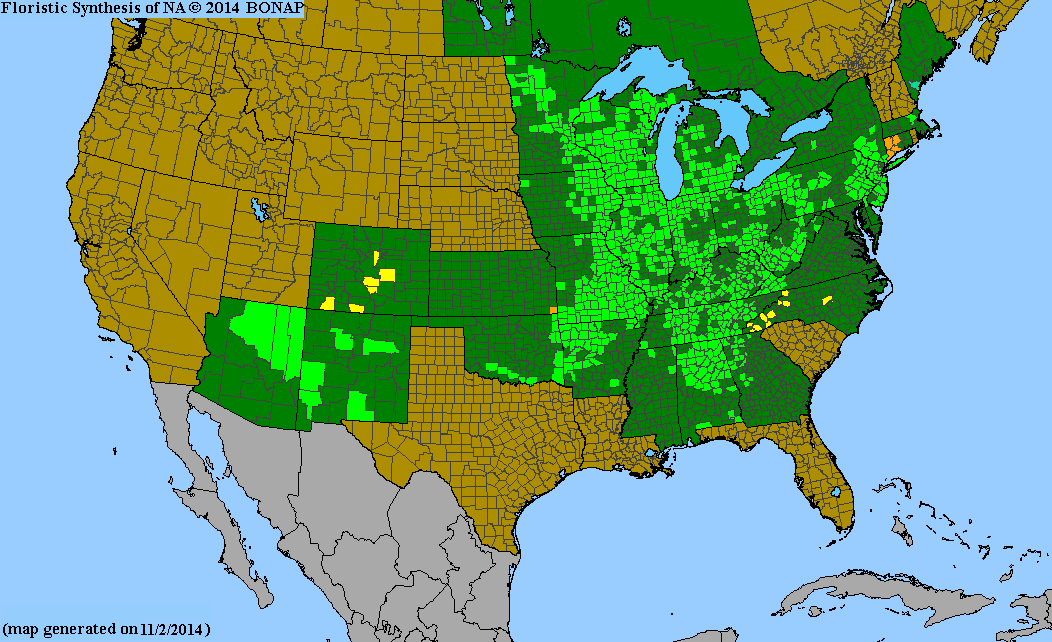 Krigia biflora, or Two-Flowered Cynthia, is native to much of the eastern United States and also extends into parts of the southwest. It is a perennial, which grows in open areas like prairies, fields, open woods, pastures and roadsides. Often it can be found growing in sand, and also often in moist soil. It blooms in mid to late spring with orange-yellow flowers on medium tall stalks.

This plant has many lookalikes, as it is a member of the aster family, which has many, many species, and many do look like dandelions, and this is no exception. However, there are a few clues that help with IDing this plant. It usually has a blue-green color to its leaves; the ends of its basal leaves are rounded; the leaf on the stem clasps the stem; it is a perennial; it has a definite orange-ish tinge to its flowers. All these features together can usually eliminate most other plants and lead to a definite ID for this beautiful plant.