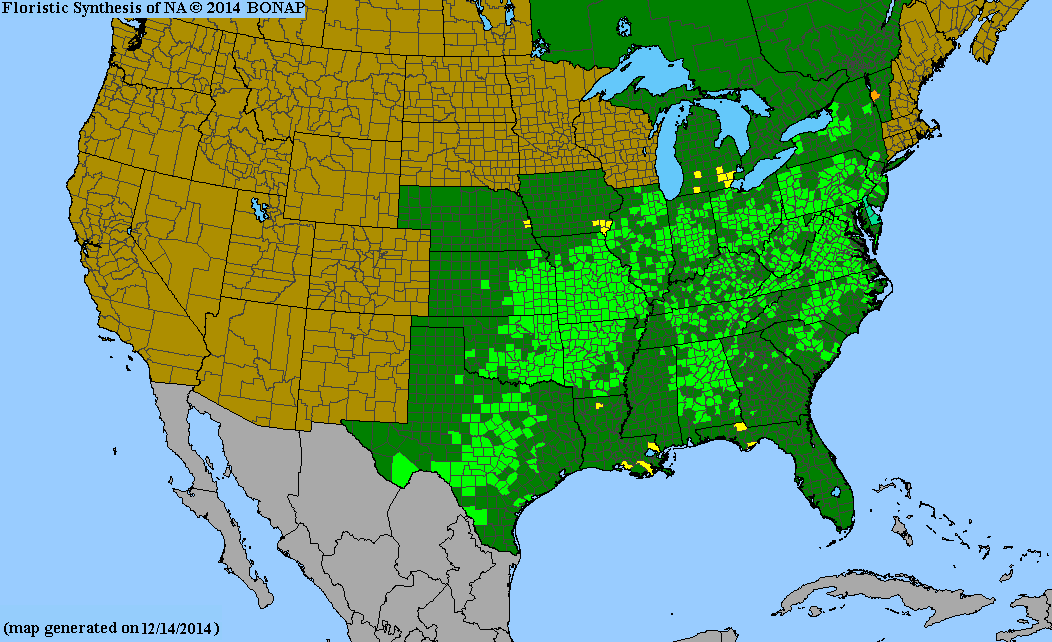 Justicia americana, or Water Willow, is native to much of the eastern half of the United States. It is a perennial, which grows in wetlands, swamps, pond margins, streambanks and other wet areas. It blooms much of the season in warm areas, and starts around mid summer in colder areas; it has medium sized white and purple flowers that look like an orchid, but are not. The plant is not actually related to Willows (Salix).

This plant is very distinct in its flowers - it has beautiful, stately white and purple flowers. When not in bloom, the leaves could resemble some species of Veronica, but the plants are very distinct in bloom. There are several other Justicia species, about which information will be posted at a later time.