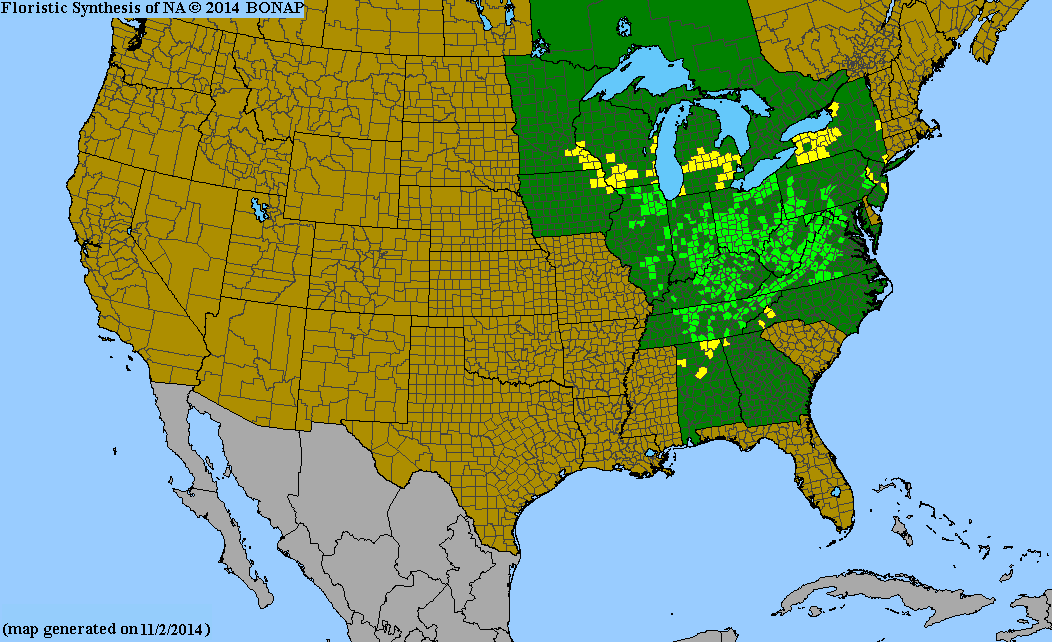 Jeffersonia diphylla, or Twinleaf, is native to the middle of the eastern half of United States. It grows in open woods, as well as woodland edges. It blooms in early spring, one of the first to bloom. Its flowers, while beautiful, are very fragile and they often don't last longer than a day or two - rain and wind tend to destroy them quickly and make the petals fall off.

This is the only species in its genus in the US, and it is quite unique. It can easily be distinguished by its early two leaves that are fused together in the middle, and by its ephemeral nature, which means it appears and blooms in early spring and then the entire plant disappears underground after setting seed. The flower is very similar to Sanguinaria canadensis, but the two can be easily distinguished by their leaves.