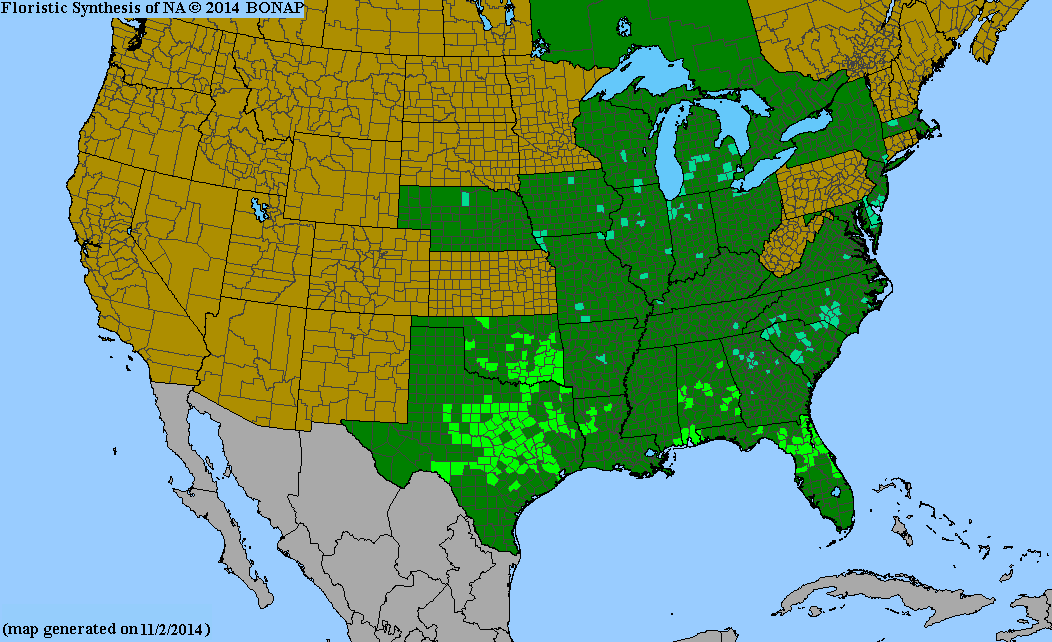 Ipomopsis rubra, or Standing Cypress, is native to the southern United States, but is also adventive into the northern US, and so it can be found in most of the eastern US. It is an annual, or biennial, that grows in fields, along roadsides, in open forest openings, along streambanks, and along woodland edges. It blooms from mid summer into fall, with medium-sized flowers that can be either blue or whitish blue.

This plant looks similar to some other members of the Ipompsis genus. More information will be posted at a later time about differentiating other species.