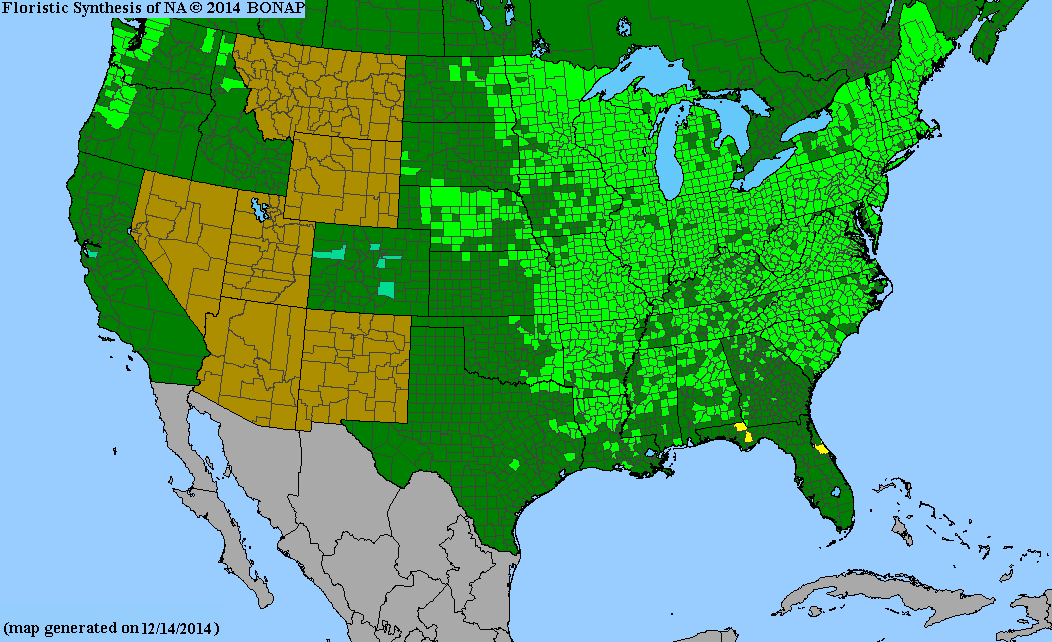 Impatiens capensis, or Spotted Touch-me-not, is a native annual that can be found in the eastern and western United States, but is absent from the Rocky Mountain states. It grows in moist open woods, woodland edges, ditches and other similar areas. It blooms from late spring or early summer until frost. Its common name of "touch me not" alludes to its seed pods, which burst open from the slightest touch and spread its seeds wherever they fall - often they can shoot quite a distance from the plant.

There are only five native species of Impatiens in the US; any others are non-native and they have flowers that are white or pink; this species is one of two with wide distribution in the US - the other being Impatiens pallida. Impatiens capensis can easily be distinguished from Impatiens pallida by its bright orange flowers. The other native species will be added to this site at a later time.