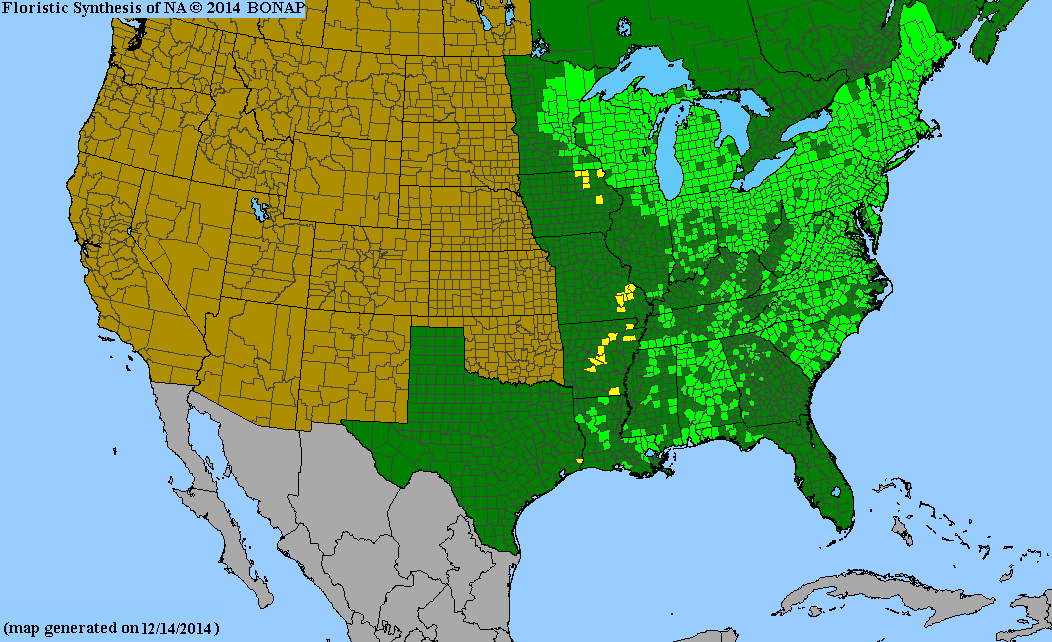 Ilex verticillata, or Winterberry, is native to most of the eastern United States. It is a perennial shrub, that grows in wet woods, swamps, bogs, fens, ditches, wet thickets and also along shorelines. It blooms in to early to mid summer with white flowers, and like all in this genus, it has separate male and female flowers on separate plants - the scientific name for this is called "dioecious".