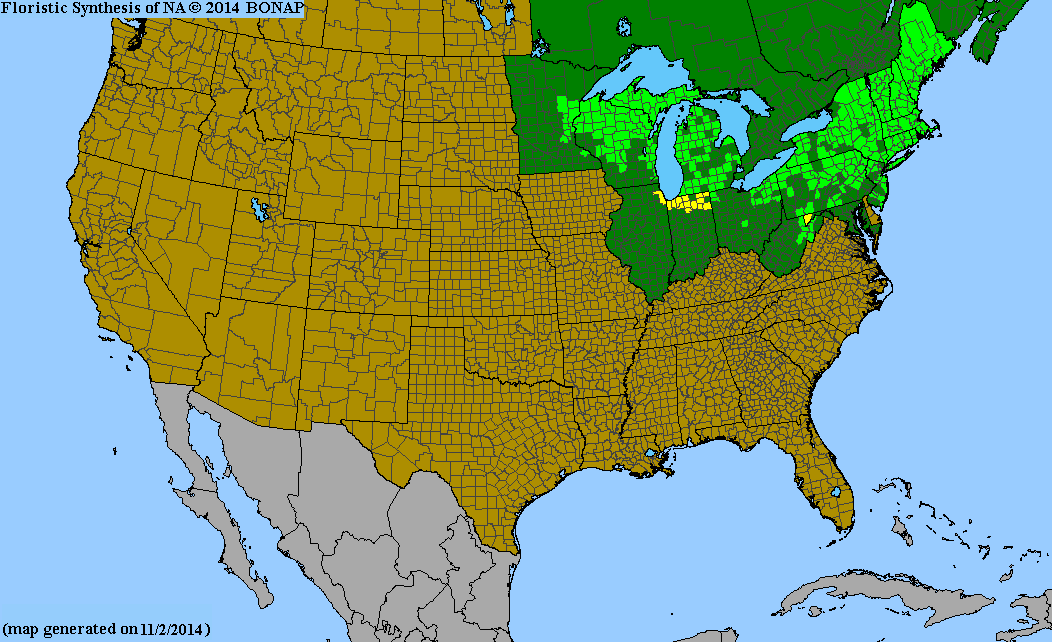 Ilex mucronata, or Swamp Holly, is native only to the northeastern quarter of the Unitsed States. It is a perennial shrub that grows wet woods, thickets, in bogs, fens and swamps and can also be found along shorlines of ponds and lakes. It blooms in late spring to early summer with small white flowers, and like all in this genus, it has separate male and female flowers on separate plants - the scientific name for this is called "dioecious".