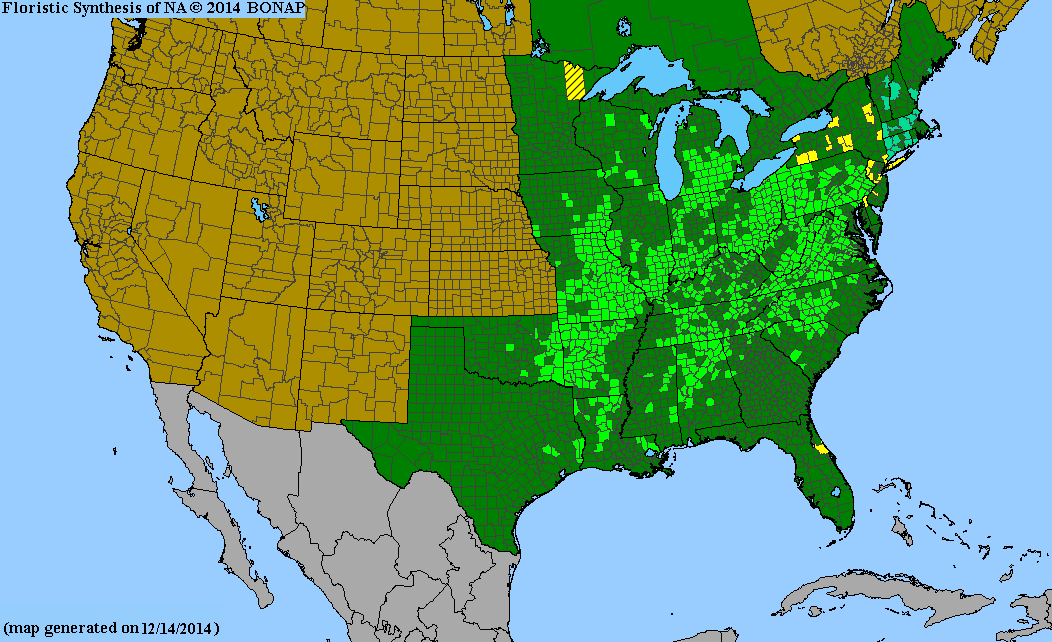 Hypericum prolificum, or Shrubby St. Johnswort, is native to the eastern half of the United States. It is a perennial, which grows in several areas, like dry woods, prairies, fields, along railroads, and also on edges of woods, swamps and streambanks. It blooms in mid summer with large yellow flowers.

There are a large number of Hypericum species in the United States, this species really only has one major lookalike, at least in its same native range, and that is Hypericum kalmianaum. There are several difference between them: Hypericum kalmianaum is a smaller plant, usually reaching two to three feet at maximum, and the best way to tell them apart is the seed pods, where Hypericum kalmianaum has a five-chambered seed pod with five styles at the top. Meanwhile, Hypericum prolificum can reach over six feet and it has a seed pod with three chambers (though it sometimes looks like a single chamber), and three styles on top. See photo below for comparison.