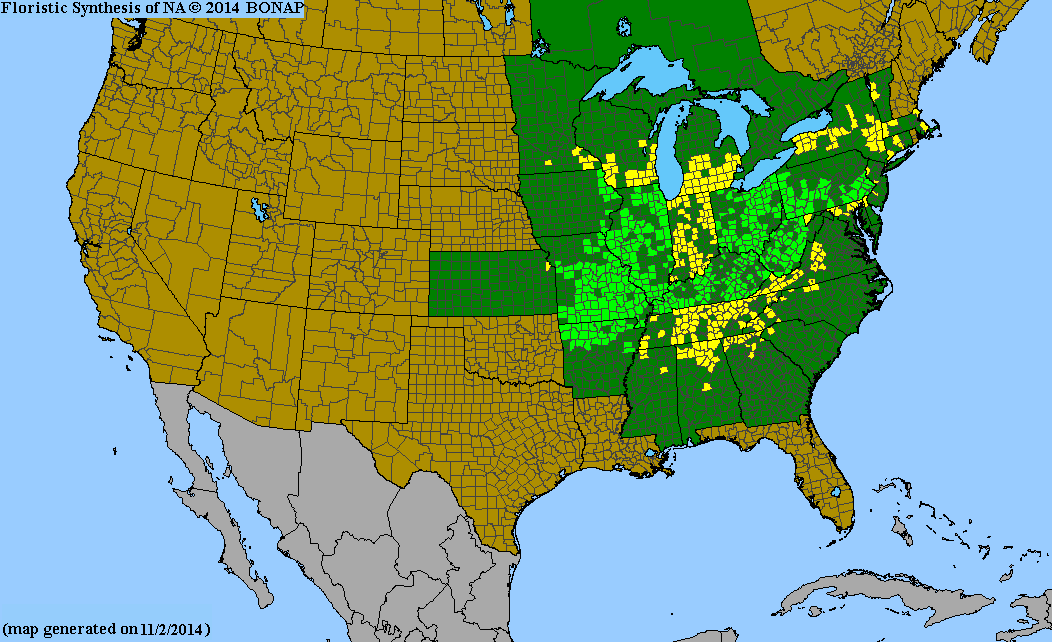 Hydrastis canadensis, or Goldenseal, is native to much of the eastern United States. It grows rich woods. It blooms in early spring, with medium sized white flowers. It is highly sought after for its supposed medicinal and herbal applications, and it has been over-harvested in many areas, and has become rare.

This is the only species in this genus in the United States. It can easily be identified by its many finger-like white stamens at flowering time, with a green center.